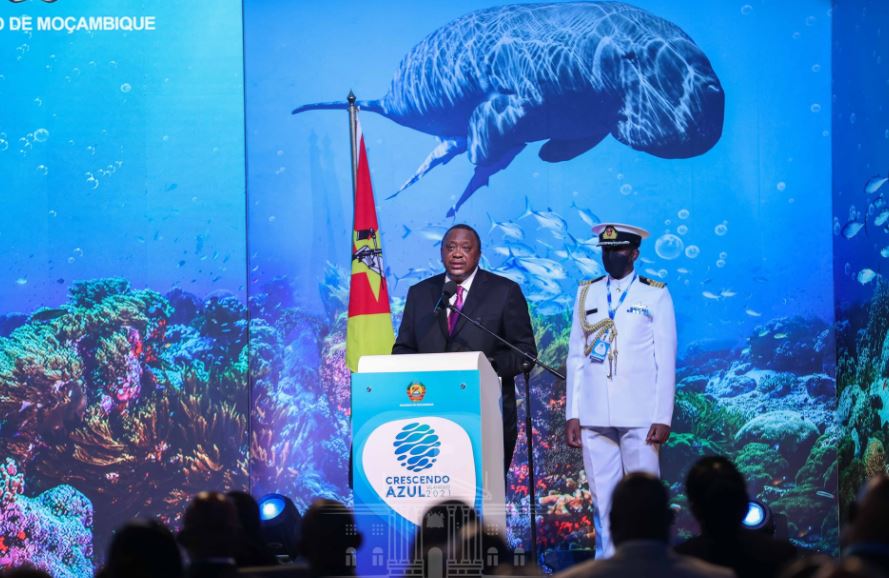 President Uhuru Kenyatta has urged African countries to come together and develop smart solutions that unlock the blue economy while protecting the health and sustainability of the oceans.

The president called for not only regional but global collaboration in developing a common position to tackle ocean-related threats and challenges and sustainably utilize the opportunities the ocean offers.

The President, who was the chief guest during the second edition of the “Growing Blue” International Blue Economy Conference in Mozambique, proposed the implementation of a coordinated structure for knowledge and data sharing, increased development financing towards sustainable ocean practices, and strengthening of the link between a sustainable ocean economy and security.

The conference, which was opened by President Filipe Nyusi of the Republic of Mozambique, builds up from the first “Growing Blue” Conference that was held in Maputo, Mozambique in 2019.

While calling for smart management of ocean resources for sustainable development, President Kenyatta indicated that despite huge potential in the blue economy, African countries have underutilized the resources. 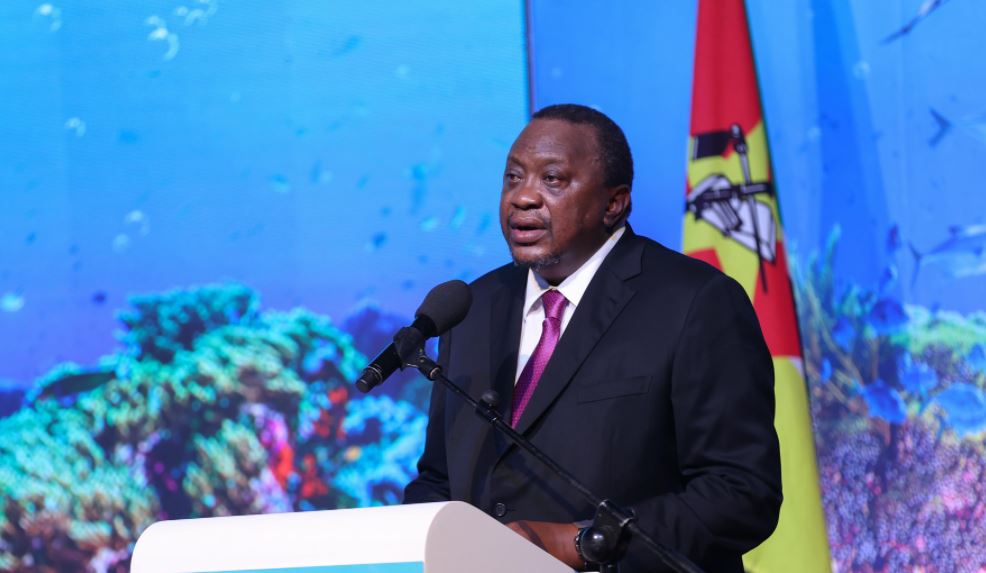 Uhuru urged African countries to harness the enormous marine resources they have so as to unlock the huge potential of the Blue Economy, especially during the post-Covid era, while protecting ocean’ health for sustainable development.

The two heads of state pointed out the indiscriminate dumping of plastic waste in the oceans, threatening not only fish populations thus affecting food security for millions of people but the economy and the constant threat to the oceans’ ability to mitigate climate change.

“Unfortunately, ladies and gentlemen, human action has put the Ocean systems under immense stress. We dump more than eight million tons of plastics into our ocean each year. We are threatening the stability of fish populations through Illegal, Unreported and Unregulated (IUU) fishing, and we are altering and destroying marine ecosystems through the dumping of toxic waste into our oceans,” President Kenyatta said.

President Kenyatta said the future of the planet lies in healthy oceans and encouraged African countries to invest in the Blue Economy.

He stated that the Blue Economy is not only a new frontier for economic growth which needs to be tapped, investing in clean oceans can enhance global efforts of mitigating climate change and advancing healthy populations.

“The Ocean contains 97 percent of the Earth’s water, it supplies half of the oxygen we breathe, and regulates the weather and temperature. Research undertaken under the aegis of the Ocean Panel, of which I serve as a member, indicates that ocean-based climate action could provide about 21 percent of the carbon mitigation needed to meet the Paris Agreement goals by 2050,” President Kenyatta said. 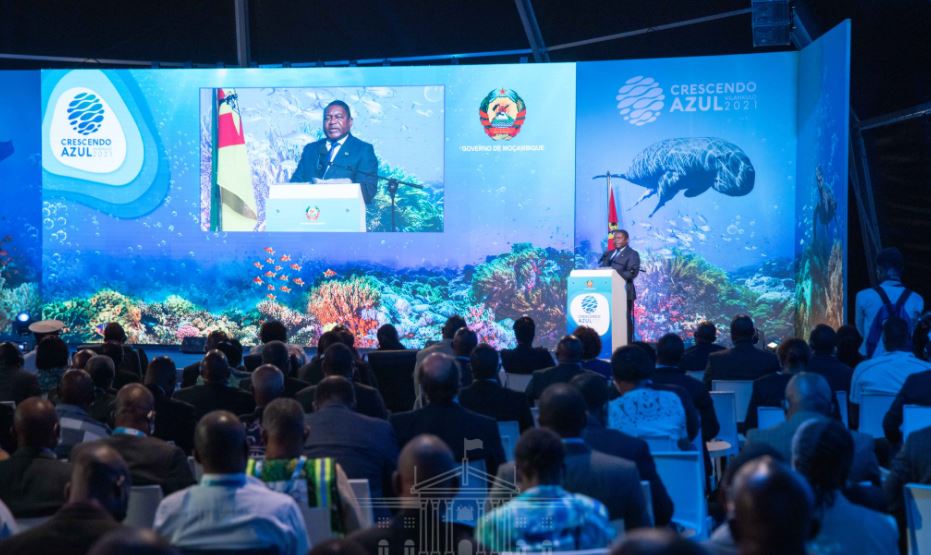 The Kenyan Head of State acknowledged that creating healthy oceans cannot be achieved by any one country alone but through solidarity.

“We urgently need to create a healthy and sustainable ocean economy where effective protection, sustainable production and equitable prosperity go hand in hand, creating a triple win for people, nature, and the economy,” he added.

So as to create a sustainable blue economy and achieve the African Union Agenda 2063 which recognizes the Blue Economy as a lever for economic transformation and growth especially for the thirty-eight coastal and small islands states, the Head of State proposed that countries should commit to sustainably manage 100 per cent of the ocean area under national jurisdictions, strengthen marine security, conserve mangrove resources, empower small-scale fishers and control of ocean pollution.

He restated that the blue economy is the new frontier for African renaissance- an open array for economic development inspite of the inherent threats to the marine ecosystem.

The opening session was attended by leaders from various governments, international organisations as well as non-state actors. 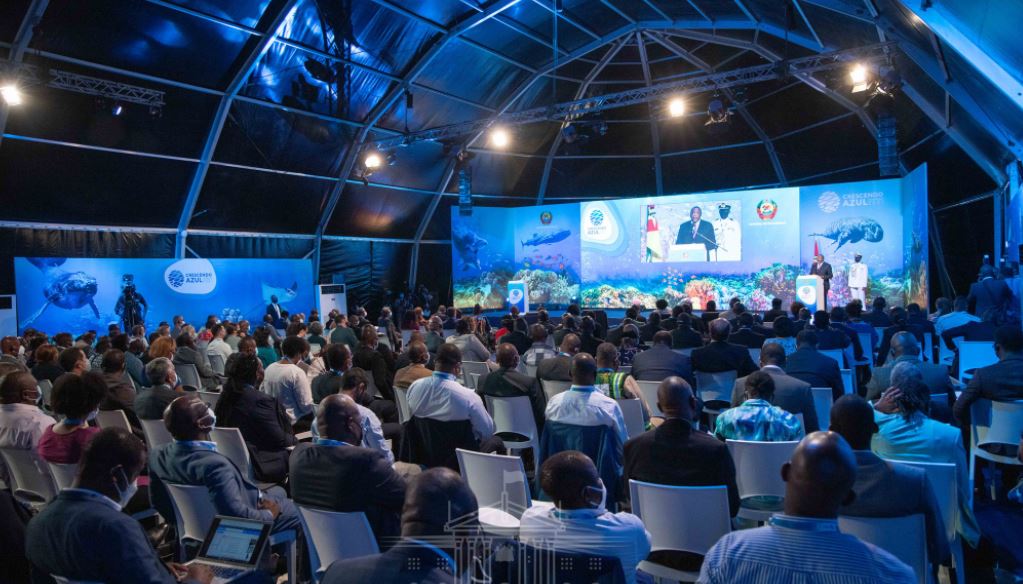