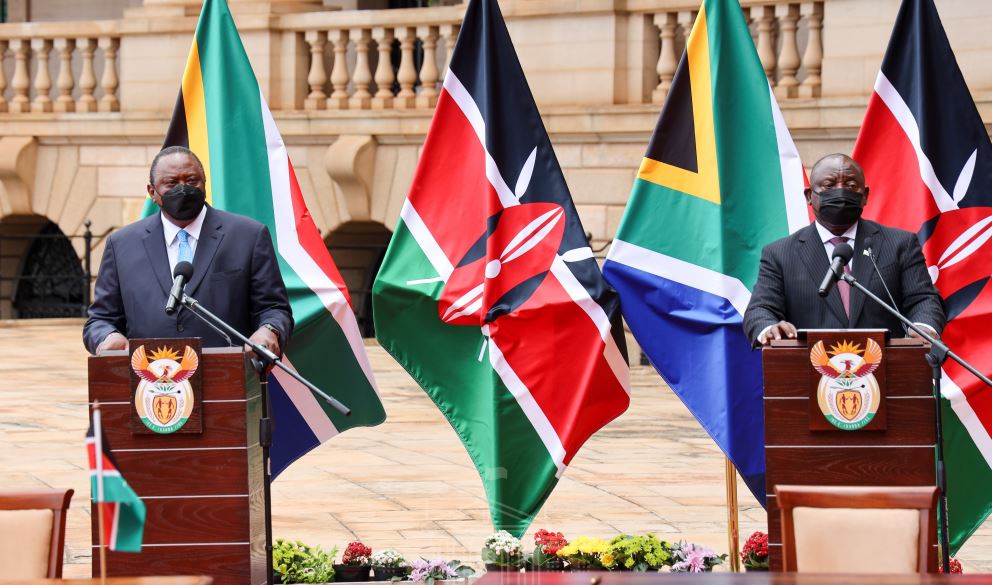 Kenya and South Africa on Tuesday signed eight key bilateral agreements, ushering in a new dawn of cooperation between the two African nations.

President Uhuru Kenyatta and President Cyril Ramaphosa witnessed the signing of the agreements shortly after they led their delegations in bilateral talks at Union Buildings in Pretoria, the official seat of the South African Government.

The eight agreements included MoU’s in transport, health, diplomatic consultations and training as well as tourism and migration.

Others were a Bilateral Air Services Agreement (BASA) as well as MoU’s on Government Printing Works and the return of nationals refused entry and illegal entrants.

Addressing the press after the signing ceremony, President Kenyatta said the Kenya-South Africa diplomatic relationship of close to 30 years had come of age.

“In addition to strong bilateral relations which span a wide range of areas, Kenya and South Africa are close partners at the regional and global stage,” said President Kenyatta, on the second day of his three-day State Visit to the Southern Africa country.

President Kenyatta, once again, reaffirmed Kenya’s commitment to work with South Africa in driving the aspirations of the people of the two countries through the promotion of the African agenda.

“…you will agree with me that it is only by working together that we can achieve the desired outcomes for closer bilateral cooperation and strategic partnerships. We have definitely made good strides. However, there is scope to even do better,” President Kenyatta said.

At the same time, President Kenyatta commended President Ramaphosa for his exemplary leadership during his tenure as chairman of the African Union last year.

“The Africa Bureau that you led, and which I was delighted to be a part of, established the Africa Joint Continental Strategy for COVID-19 which continues to guide our successful response to the pandemic to date,” President Kenyatta said.

The Kenyan leader further thanked his South African counterpart for the support that enabled Kenya to join the United Nations Security Council as a non-permanent member for the period 2021 to 2022.

On his part, President Ramaphosa said President Kenyatta’s State Visit has provided an opportunity to take stock of the current state of bilateral relations and explore new areas of mutual interest and benefit for the people of the two countries.

Saying South Africa owes a debt of gratitude to the people of Kenya for the unwavering support during the struggle for its freedom, President Ramaphosa emphasized the need to elevate the two countries’ ties to a strategic partnership.

“President Kenyatta and I have reaffirmed the strategic importance of bilateral relations between our two countries and reiterated our desire to elevate the nature of the relationship, which would include the conclusion of a Strategic Partnership Agreement,” the South African President said.

Earlier, President Kenyatta was formally received by his host President Ramaphosa in an elaborate state reception that included a 21-gun salute, a military ceremony reserved for Heads of State and Government.

Thereafter, President Kenyatta was invited to inspect a guard of honour mounted by a detachment of the South African military before he proceeded for one-on-one talks with President Ramaphosa. 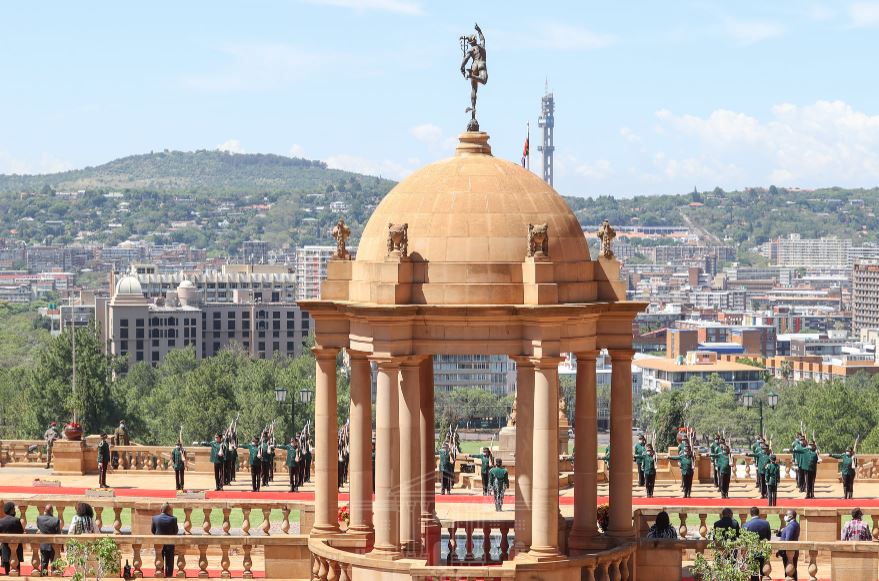 Prev1 of 15Next
Use your ← → (arrow) keys to browse
This is Everything That’s Trending in Nairobi Today < Previous
DCI Celebrates Kenyan Who Declined Bribe From Kamiti Escapees Next >
Recommended stories you may like: