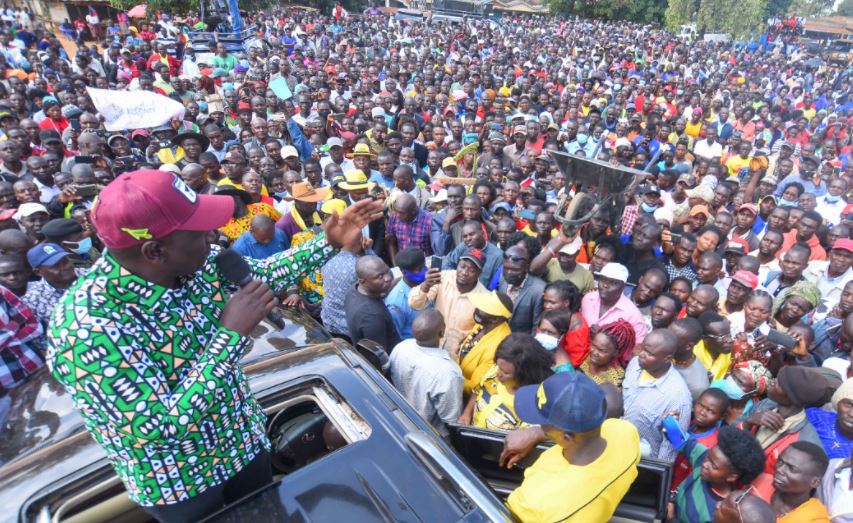 Deputy President William Ruto was in a bullish mood as he took his campaign rallies to Bungoma on Thursday.

The DP had some words for his political opponents, challenging them to face him man to man instead of hiding behind President Uhuru Kenyatta.

DP Ruto further faulted his competitors for confusing Kenyans saying they cannot be trusted to unite the country. 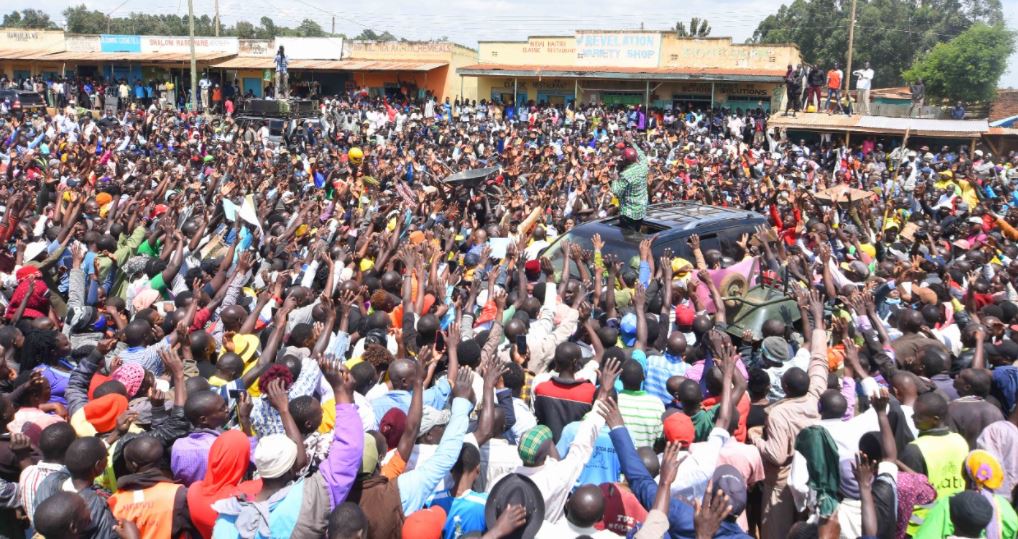 Ruto additionally told his rivals to announce their candidate as time was running out.

Ruto was not done there. He ridiculed the other presidential aspirants saying that the 2022 contest is not a beauty pageant.

The Trending Memes and Tweets This Furahiday < Previous
How Kenyans Get Conned Buying Overpriced ‘Prime Land’ in the Wilderness Next >
Recommended stories you may like: