Ksh50 MILLION Up for Grabs for Info on These WANTED Terrorists

The Directorate of Criminal Investigations(DCI) has placed a Sh10 million bounty on each of five wanted terrorists.

The DCI said the reward will be offered to anyone who volunteers information leading to the arrest of:

The suspects are said to be armed and dangerous. Information leading to their arrest can be shared through the DCI toll-free Hotline 0800 722 203.

See more information about the terror suspects in the posters below. 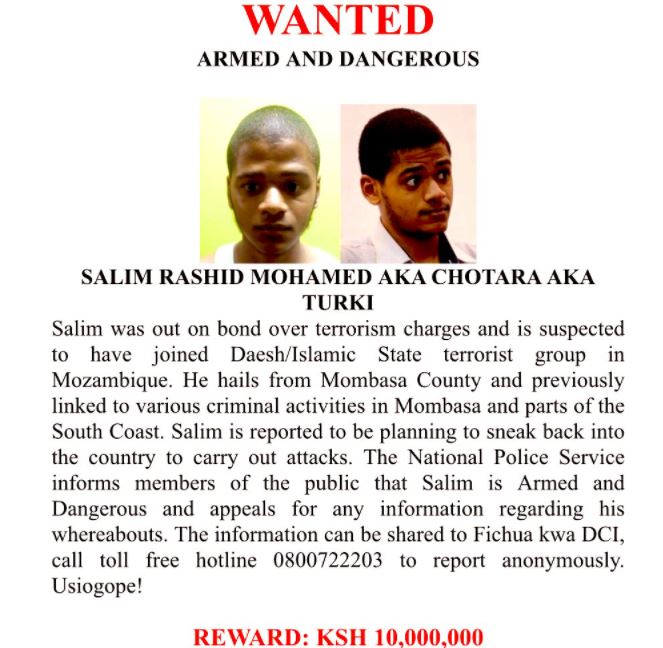 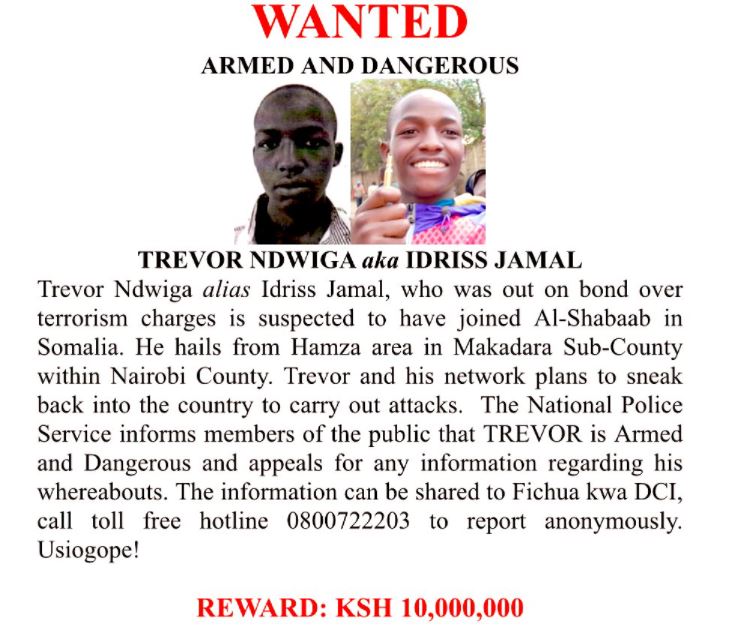 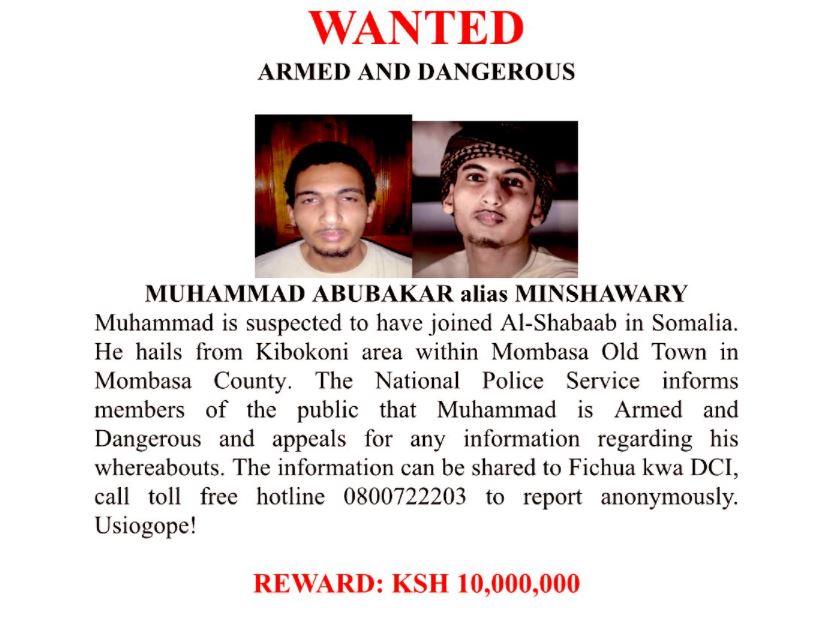 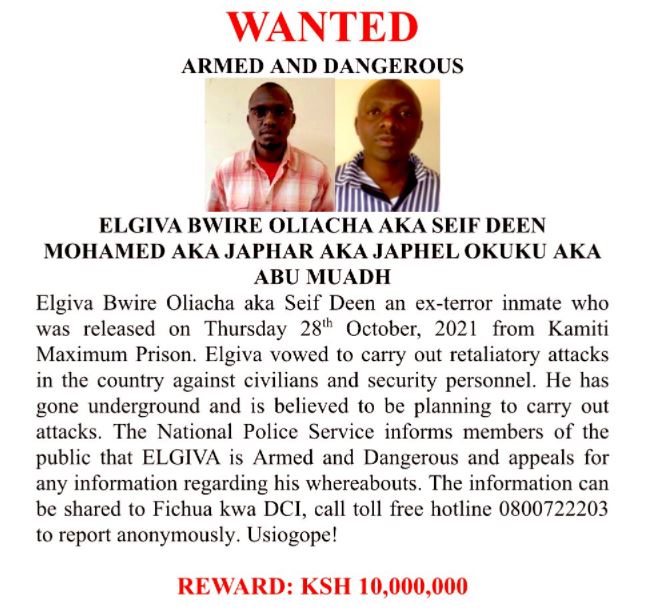 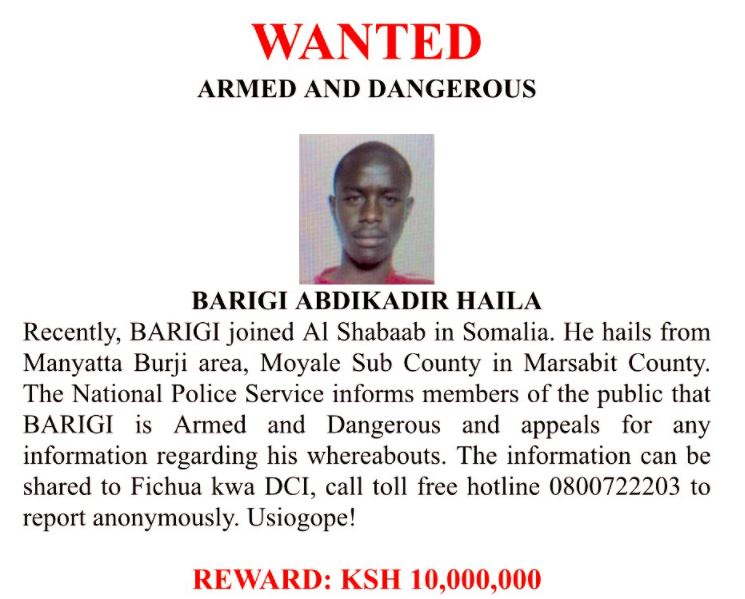 The Trending Memes and Tweets This Wednesday < Previous
Agnes Tirop: CCTV Video Captured Coldblooded Murder of Olympian Next >
Recommended stories you may like: