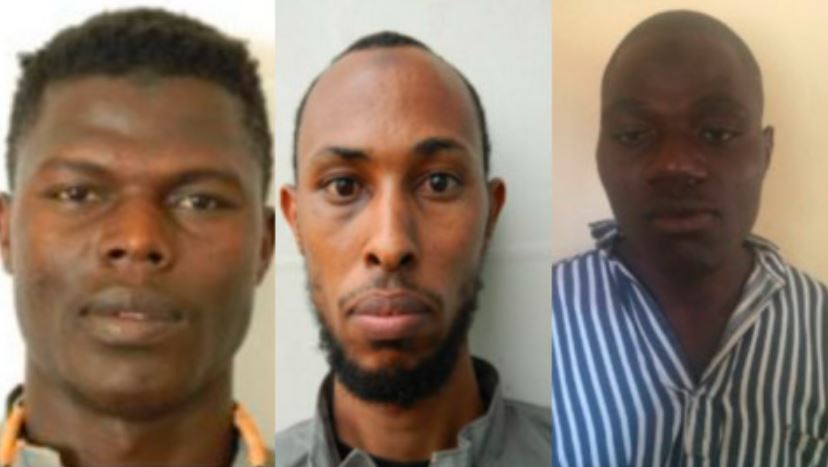 The Directorate of Criminal Investigations(DCI) is offering a reward of Sh20 million for each of three terror suspects who escaped from Kamiti Maximum Prison.

The suspects; Musharaf Abdalla, Mohamed Ali Abikar and Joseph Juma Odhiambo, escaped from Kamiti on Monday at around 1 am.

The DCI did indicate how the criminals managed to escape from Kamiti.

One of the convicts, Mohamed Ali Bikar, was part of the terrorists who carried out the 2015 Garissa University terror.

Musharaf Abdalla was arrested on September 30, 2012, over his participation in a failed attempt to conduct a terrorist attack targeting parliament buildings. He was charged with possession of explosives and firearms.

Abdalla hails from Ekero area of Mumias in Kakamega county.

Joseph Juma Odhiambo hails from Lukoye area of Mumias and was arrested on November 20, 2019 while attempting to enlist with the Al Shabaab terror group in Somalia

DCI cautioned the public that the suspects are dangerous.

Information leading to their arrest can be shared through the DCI toll-free Hotline 0800 722 203. 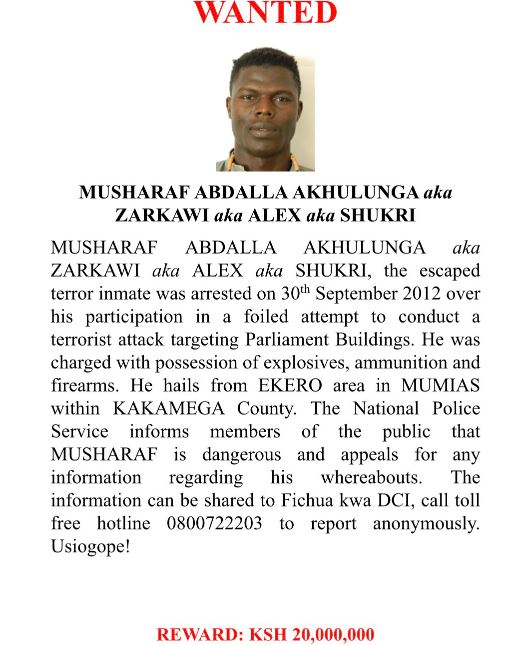 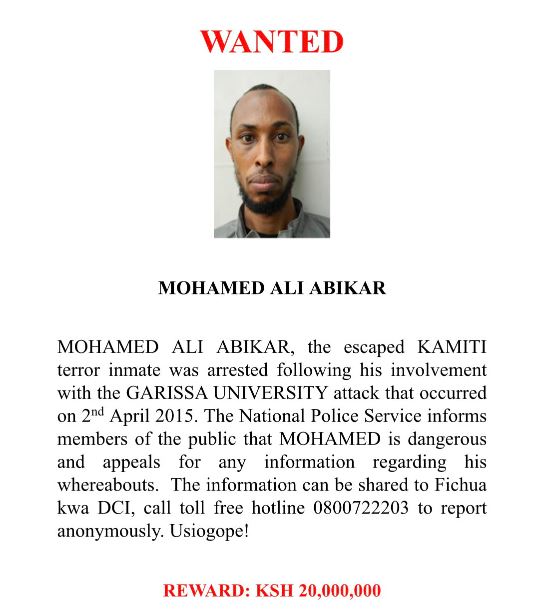 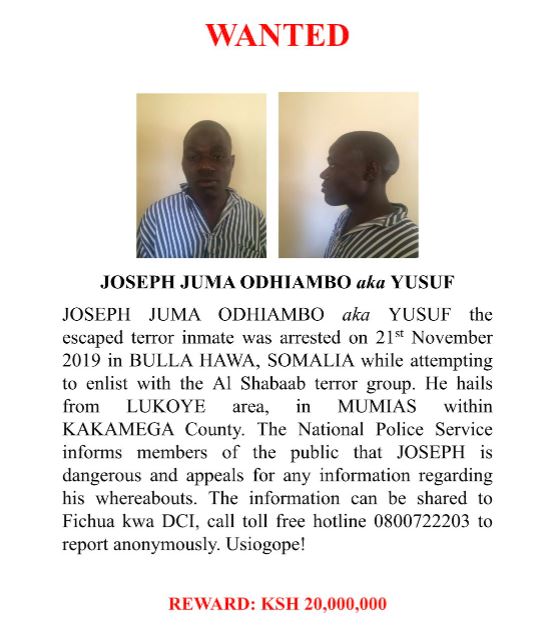 Is It Illegal To Record Police Officers?… IG Mutyambai Answers < Previous
Twin Terror Explosions Near Parliament, Kampala Next >
Recommended stories you may like: