Is It Illegal To Record Police Officers?… IG Mutyambai Answers 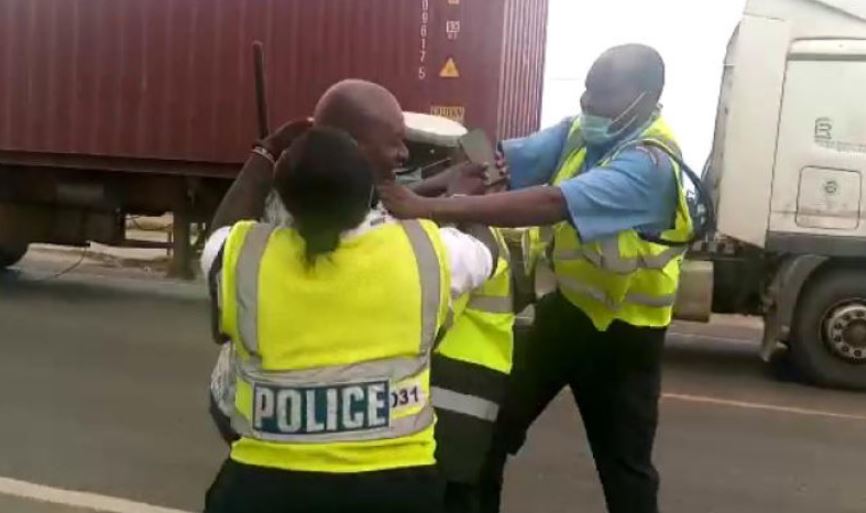 Unlike in some developed countries, taking out your smartphone to record a police officer in Kenya is usually met with hostility from the cop.

In this era of police brutality and other forms of misconduct, recording encounters with law enforcement can provide useful evidence, but a majority of Kenyans are generally apprehensive about it.

Most times it is out of fear and other times it is a question of whether it is illegal to film police officers.

So is it illegal to record an officer while they are carrying out their duties?

Inspector-General of Police Hillary Mutyambai answered this question on Monday while engaging with Kenyans on Twitter under the hashtag #EngageTheIG.

A Twitter user identified as @Politics2541 posed: “Hello Mr @IG_NPS , I’ve been wanting to ask this, is it wrong to record police officers who are either arresting or about to make an arrest? We’ve seen this in US and UK but in Kenya, they will always be inhuman in dealing with the recorder. Kindly clarify.”

“It’s not against the law to record objectively.#EngageTheIG” Mutyambai tweeted.

The response left Twitter users even more confused as they sought a clarification on what recording ‘objectively’ means.

At the time of publishing, Mutyambai had not explained his response.

Here are some of the tweets.

Just make sure you shout “objectively” when you start to record. Is that right, @IG_NPS ?

The conditions you put – objectively – is what police will use against Kenyans.

Who determines that a recording is objective? My view is that you permit recording without introducing a qualification so that it will be up to other judicial and quasi-judicial bodies to determine the element of objectivity.

Police body cams in some countries record everything! CCTV too. What is objectively?

The problem of recruitment via number of teeth. WTF is “record objectively”!?

This is What’s Trending in Nairobi This Tuesday < Previous
KAMITI PRISON BREAK: Sh60 MILLION Reward for Info on Escapees Next >
Recommended stories you may like: