Kalonzo: Ruto Should Explain The Source of His Wealth 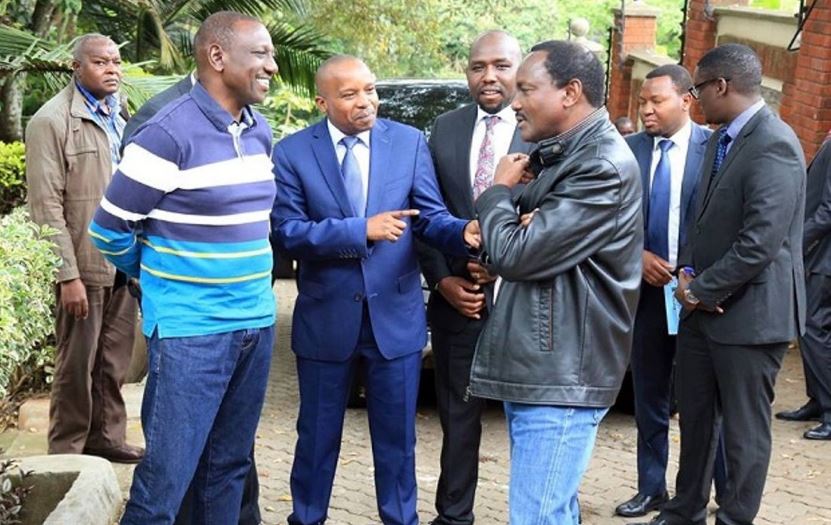 Despite rumours of a potential coalition between Kalonzo Musyoka and Deputy President William Ruto, the former is still not holding back on his attacks.

Ruto’s camp has extended an olive branch to Kalonzo, and the reception has not been hostile. Kalonzo has supported and ran with Raila Odinga in the past two elections, but has nothing to show of it.

Now, some think it is time he moves on and looks for another partner. Ruto is the most attractive.

Even in the middle of these talks, Kalonzo over the weekend urged Ruto to reveal the sources of his wealth.

Kalonzo said that Ruto, who was campaigning in Mwingi, was welcome in the area, but should make known where he draws all that money.

The former Vice President said that it was unfortunate that leaders had used their positions to enrich themselves, at the expense of government programs and parastatals.

“I have said, even if they visit Ukambani a hundred times, they are welcome, but they should remember that they will account on where they are getting the monies; the salaries of Members of Parliament, Deputy President and even President is known” said Kalonzo.

“We will now talk openly, and people will be held to account because there must be integrity in service,” he added.

Kalonzo’s Allies: No Chance of Working With DP Ruto < Previous
Good News as Kiambu Road is Set To Be Converted into a Dual Carriage Next >
Recommended stories you may like: