Kalonzo’s Allies: No Chance of Working With DP Ruto 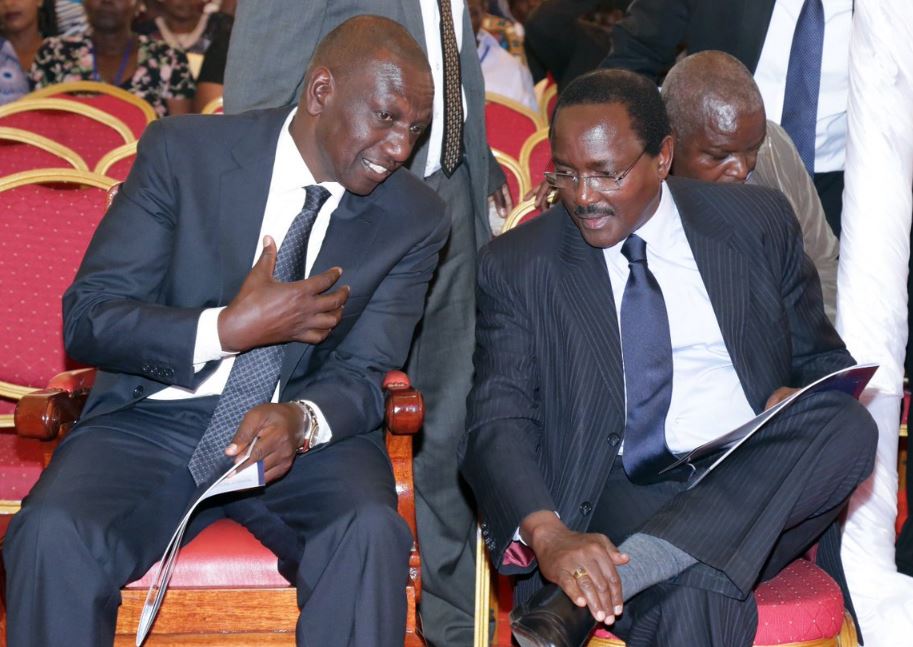 Amidst talk of political re-alignments, particularly involving former Vice President Kalonzo Musyoka, two of his allies have come forward and spoken about it.

Last week, Kalonzo was reported to be willing to work with Deputy President William Ruto. The OKA leader has supported Raila Odinga for two elections, and got nothing from it. It has thus been speculated that he may not be willing to play second fiddle to the ODM leader a third time.

This predicament Kalonzo finds himself in has made him particularly attractive to Ruto and his allies. On Sunday, several of Ruto’s allies welcomed him to their side, and a promise of National Assembly speaker was even made.

However, two of Kalonzo’s allies, Dan Maanzo (Makueni) and Benson Momanyi (Borabu), think that would be a big mistake. They believe that outside of OKA, Raila Odinga is still Kalonzo’s better option.

Maanzo said that it is wishful thinking to hope that Kalonzo will join Ruto.

“We will not join Ruto even the Kambas who are with him are few people who were in Jubilee last time and they were swept thoroughly in the last election. They are inconsequential,” Maanzo told the Star.

“You know former Nasa principles understand each other better, we have gone through challenges together but we don’t know who Ruto is.”

“We have not headed in the direction of working with Ruto, former Nasa principals should come together. That is the best option,” the Borabu MP said.

However, Makueni Senator Mutula Kilonzo Jr. is keeping an open mind. He thinks Kalonzo should negotiate with any party, and join the winning side.

“Wiper has given our party leader to negotiate and build a winning coalition. The collation must be of mutual respect, understanding and goodwill,” Mutula said.

This is What’s Trending in Nairobi This Tuesday < Previous
Kalonzo: Ruto Should Explain The Source of His Wealth Next >
Recommended stories you may like: