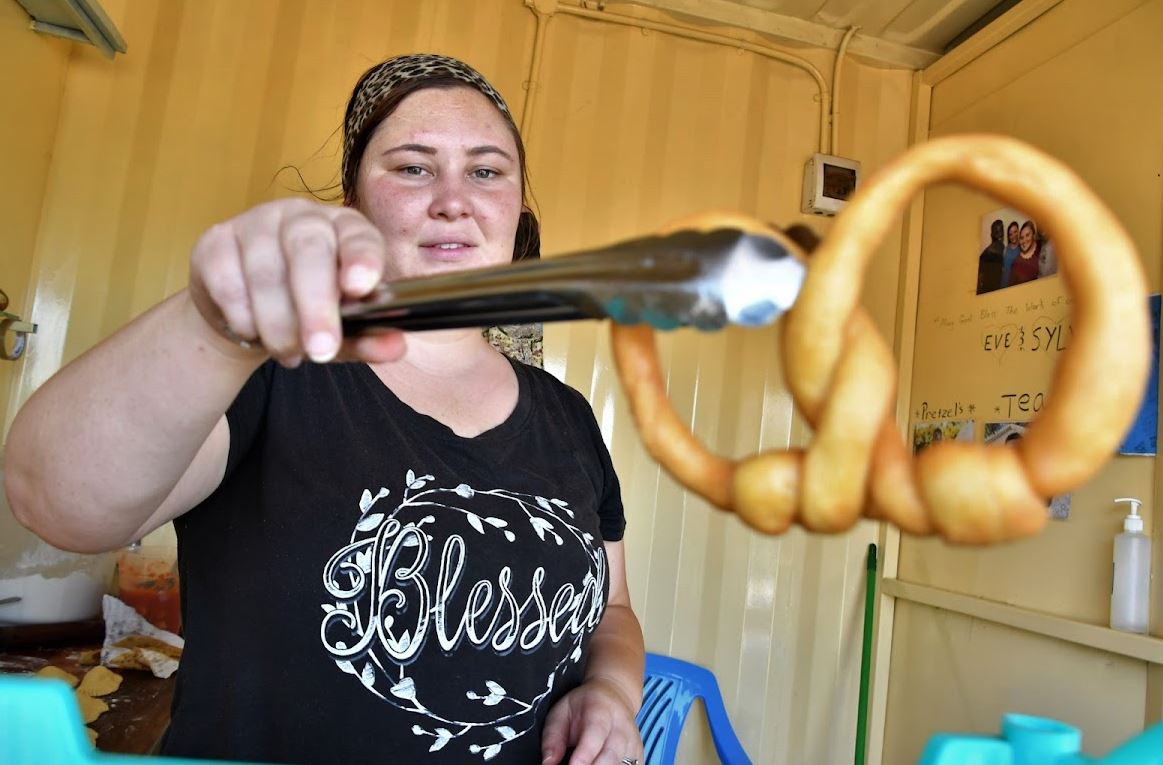 Silvia Bichanga, a 28 year old American woman, has become a sensation in Kisumu after taking up hawking.

Bichanga married a Kenyan man early this year, but just months into that marriage, the couple fell on hard economic times. Her husband who ran a computer shop was forced to shut it down, and money became more and more scarce.

“Life became so hard after we got married that we were forced to close down a computer shop where my husband used to work,” Bichanga said.

He soon started fixing laptops at his friend’s shop in downtown Kisumu, but that is not nearly enough.

That’s when Silvia teamed up with one of her local friends, Eve Ochieng, to start a small pastry shop. They pivoted to selling American style street foods by the roadside, something both their spouses thought was insane.

Eventually they secured some premises near a car wash and named the shop ‘Mzungu Pretzels’. Here, they sell mandazis, pretzels, apple pie, pizza pockets etc, all for under Sh100.

Sales were initially inconsistent, therefore Silvia took up hawking on Kisumu streets in a bid to build a customer base. This worked well for her, and she reports making between Sh1,500 and Sh2,000 a day as profit. 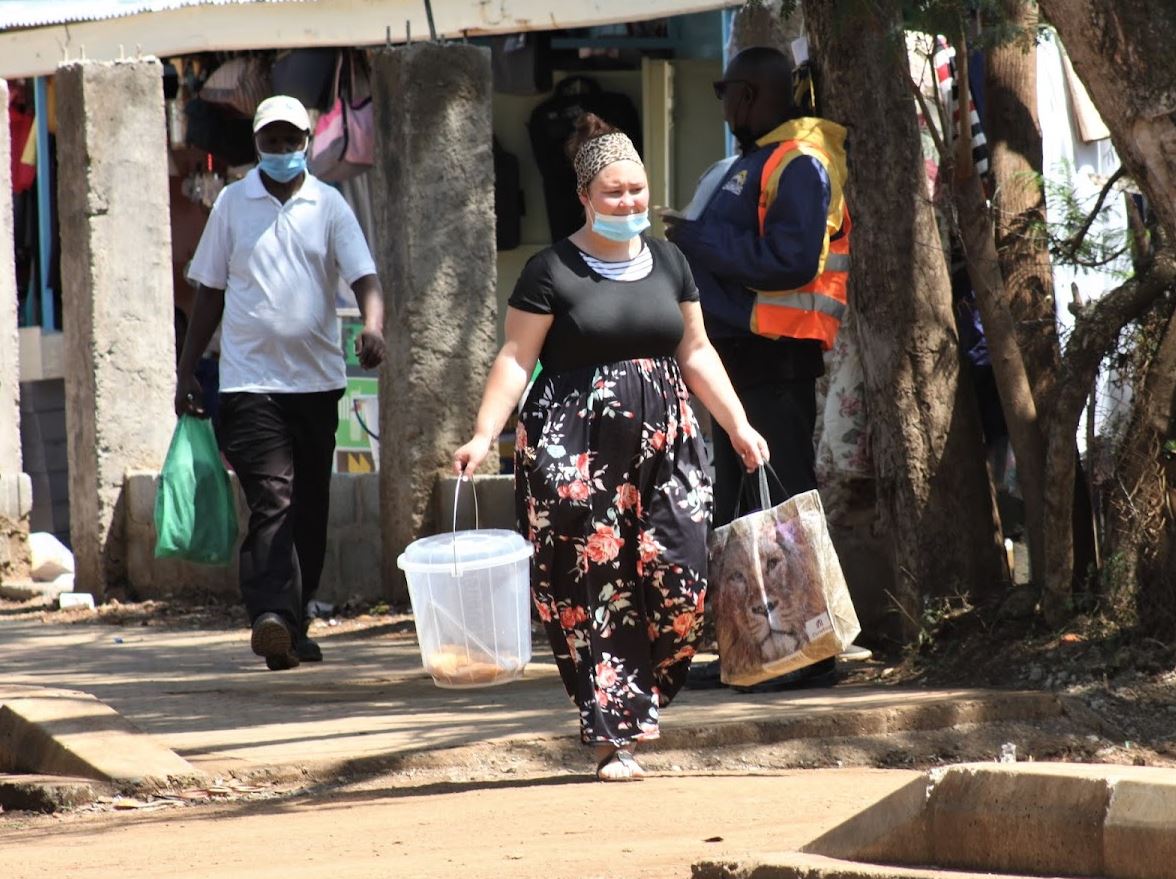 Perhaps her unique catalog and the food being seen as an ‘American experience’ have helped her sell more. “Most people say, ‘this is how I can experience America right in Car Wash’,” Bichanga said.

She revealed that she gets along well with men, unlike women, many of whom question her motives.

“Some make discouraging statements like ‘why are you hawking, yet you people have money and you could even pay my rent!’ Little do they know what’s actually on the ground,” she said.

Bichanga came to Kenya through a Conservative Christian Mission, and met her husband in 2019. They dated for 2 years before wedding in April this year.

Photos and additional reporting by The Star

Karen Residents Complain Ruto’s Residence is a Nuisance < Previous
US Secretary of State Anthony Blinken To Visit Kenya Next Week Next >
Recommended stories you may like: