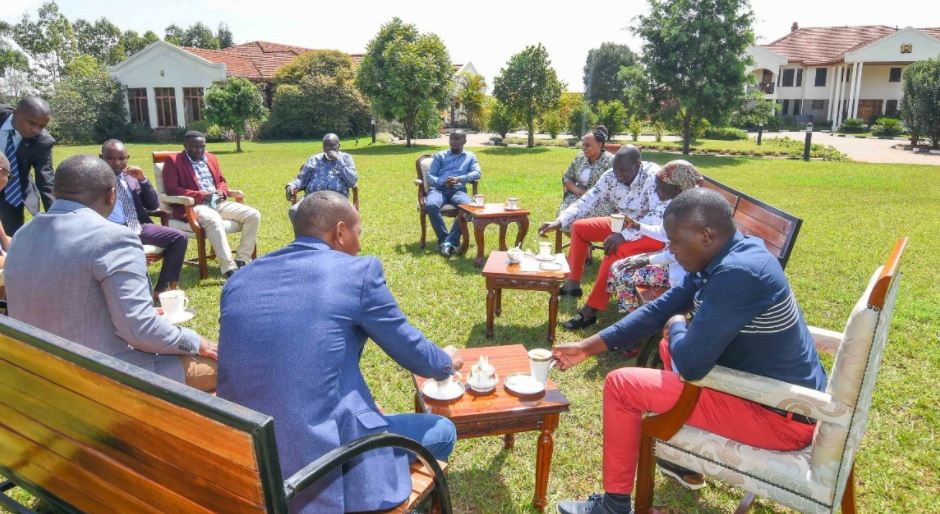 It is no secret that Deputy President William Ruto’s Karen residence has been a beehive of activity in recent months.

Ruto has been hosting people from all walks of life as he continues to oil his political machinery ahead of the General Elections in 2022.

However, Ruto’s activities have become a nuisance to his neighbours, and they have made their annoyance known.

The Karen Residents Association has written to Ruto notifying him that members residing along Karen road and commuters have complained of insecurity, noise and traffic gridlock.

According to the Association, “aliens” masquerading as visitors to Ruto’s residence have been mugging Karen residents.

“Residents have complained of rising cases of mugging along the route conducted by aliens masquerading as visitors to your residence. The association is highly alarmed by the ever presence of suspicious persons roaming around the area against its rule on loitering,” chairperson James Hirst said in the letter dated November 9. 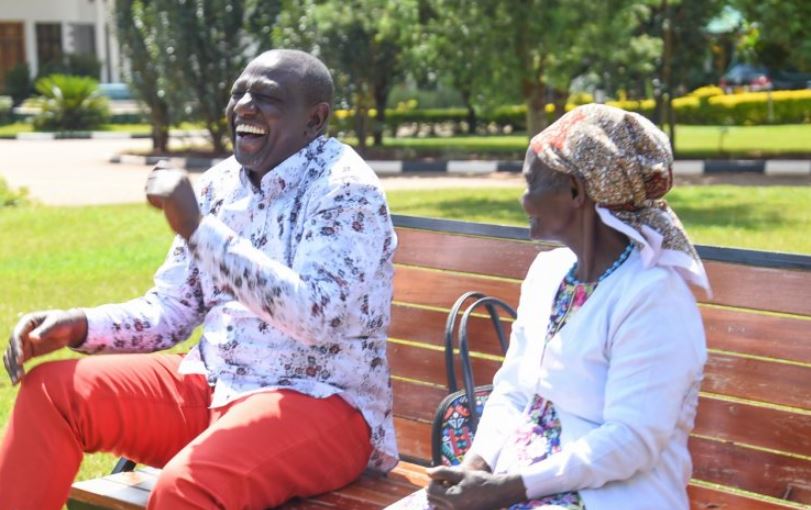 He added: “We wish to notify you of rampant traffic gridlock as a result of visitors parking on the roadsides and bayleaves awaiting clearance to your residence.

“This has caused unbearable inconvenience to residents commuting along the Karen road and adding lanes,” Hirst said.

The notice letter was also addressed to IG of police Hillary Mutyambai.

“We therefore request your office to speedily and conclusively look into above matters safeguard and restore peace and tranquility in outré neighborhood .” 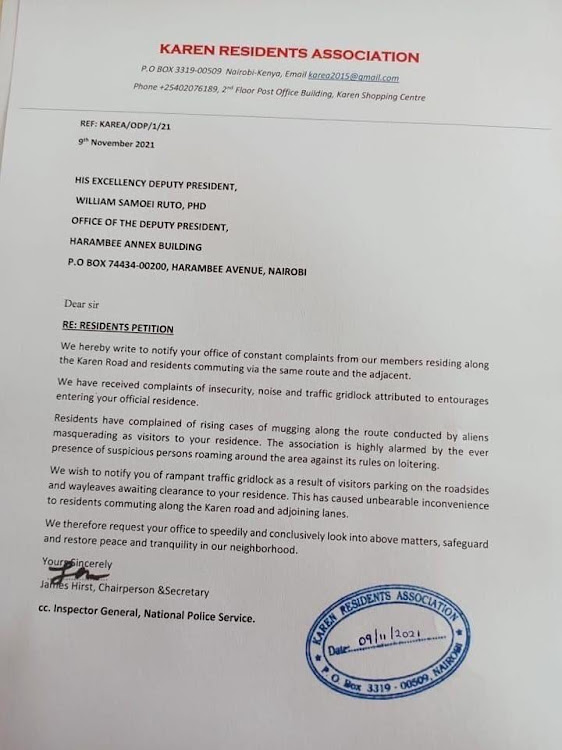 Kakamega High School Fire: Parents to Pay Sh9,800 Each for Damages < Previous
Hard Economic Times Force American Mzungu To Hawk Mandazi in Kisumu Next >
Recommended stories you may like: