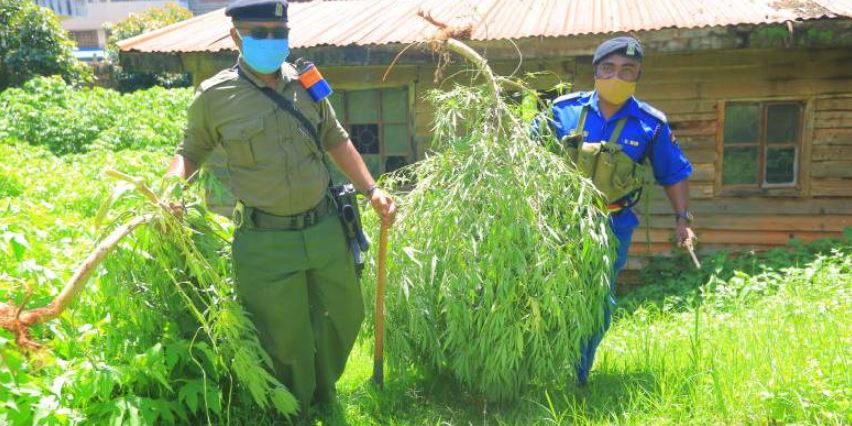 A high school student was arrested after he reportedly sneaked out of school to check on his marijuana plantation in Nyamira County.

Enchoro assistant chief Henry Otiso said he was tipped off that the 16-year-old Form One student was spotted at his parents’ home.

“I received a tip-off from the public that the student had sneaked from school and that he had been seen where he resides. I rushed there with some other members of Nyumba Kumi and arrested the boy. We also uprooted the cannabis as evidence,” a report recorded at Gesima Police Post reads.

The chief said the boy, a student at Matutu Secondary school,  had about 50 plants in a thicket inside their farm.

Preliminary investigations indicated that the boy was the main supplier of marijuana in the area.

Nyamira County Police Commander Grace Kakai said the student will be arraigned in court. She urged parents to be vigilant of their children’s activities.

“Parents should be key in preventing the problem of drugs,” Kakai said.