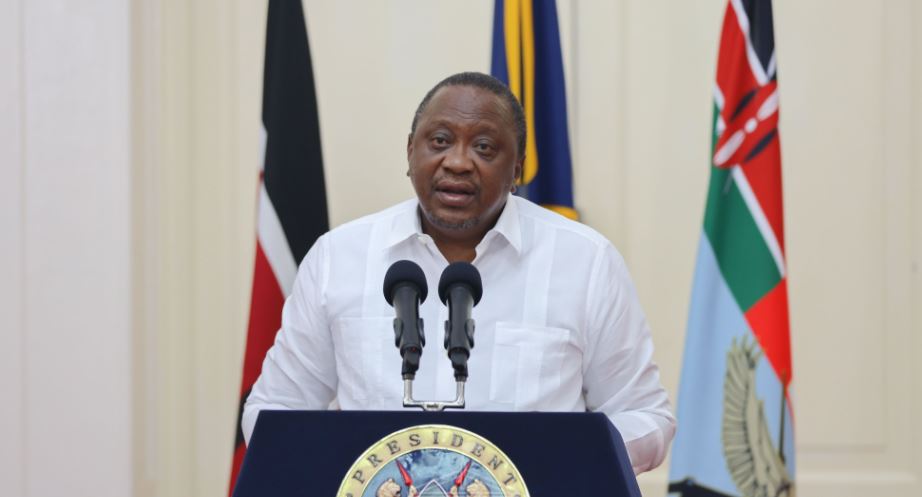 President Uhuru Kenyatta has cautioned that in the absence of urgent climate change adaptation action, Africa’s Gross Domestic Product (GDP) risks contracting by up to 30 percent by the year 2050.

“Evidence indicates that climate change will have a devastating socio-economic impact across the world and quite severely in Africa. If we do not take any action Africa could, as a consequence, see its Gross Domestic Product (GDP) contract by up to 30 percent by 2050 due to climate change,” the President said.

Consequently, the President rallied the global community to support the accelerated rollout of adaptation programmes in Africa so as to mitigate against the growing adverse effects of climate change as well as strengthen the continent’s resilience.

“While it is relatively more difficult to design and implement adaptation projects and while fewer resources are currently available for adaptation, we should not lose sight of the fact that adaptation is, without doubt, smart economics,” he said.

The Head of State’s message was contained in a recorded video address delivered Tuesday at a hybrid conference hosted by the University of Nairobi in partnership with the Global Centre on Adaptation (GCA) to celebrate the Africa Adaptation Acceleration Day, a pre-cursor to the United Nations Climate Change Conference (COP26) that will be held in Glasgow, Scotland.

“To implement our NDCs, we plan to invest approximately US$8 billion over the next 10 years. This is just 10 percent of the total investment needed of the NDCs and we, therefore, need support from our international partners,” the President said.

He observed that the financing challenge is not peculiar to Kenya saying, globally funding for climate adaptation, which in 2017 averaged around 30 billion US dollars a year, needed to be increased tenfold to meet the growing needs of vulnerable communities across the world.

“Indications are that for an investment of 800 million US dollars in developing countries in climate adaptation programmes would result in benefits of up to 16 billion US dollars per year,” the President noted.

The Head of State pointed out that Covid-19 had exacerbated the funding situation with countries around the world collectively allocating over 20 trillion US dollars to the pandemic thereby greatly reducing resources available to combat climate change.

“However, climate change cannot wait while we address COVID19; we must address the two challenges together. Indeed, to make recovery truly sustainable, we need to institute green recovery measures that integrate adaptation and mitigation measures,” the President said.

This year’s report on the state and trends of adaptation in Africa was launched by GCA at hybrid conference. The report, among other provisions, lists adaptation actions and investment opportunities that exist on the continent.

On his part, University of Nairobi Vice Chancellor Prof Stephen Kiama said the institution was ready to partner with other stakeholders to build the human capacities required to address the climate change challenge.

“As a premier academic institution in this region the University of Nairobi will continue to play its rightful role in climate change adaptation actions through research and training required to provide innovative solutions to the challenges that we face now, tomorrow, and the long time future,” Prof Kiama said.

Hunter Burke: Biography, Wiki.. Everything About the Night Teeth Actor < Previous
Corazon Shuts Down Claims of Neglect by Frankie Next >
Recommended stories you may like: