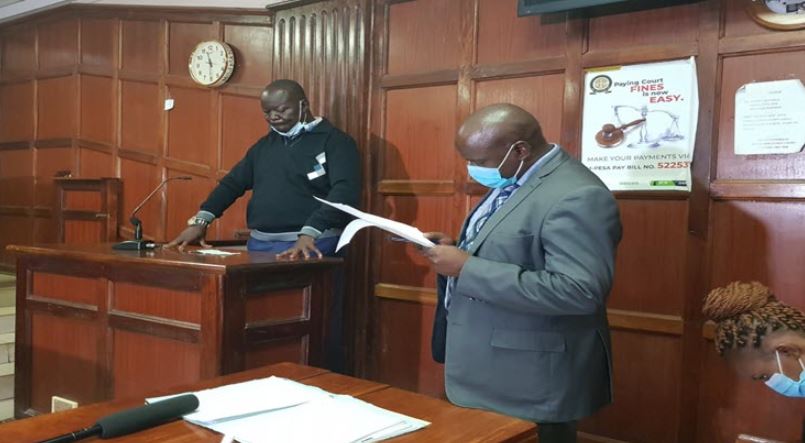 Tom Oywa Mboya, the man who shot the owner of the popular K’Osewe (Ranalo Foods) restaurant, has been sentenced to 20 years in jail.

Mboya, a tour operator, was last week found guilty of attempting to kill William Guda Osewe following a fight over a woman in 2016.

“I have considered the probation report tabled before me and noted that the accused Tom Mboya never showed any remorse for his offence,” the magistrate noted.

The court also considered the impact of the offence on the victim, Osewe, who was and still is adversely affected by the shooting.

“I sentence the accused to 20 years in jail for the attempted murder charge and three years for wounding him,” Magistrate Mutuku ruled.

She however ruled that the sentence will run concurrently meaning Tom Mboya will serve 20 years.

This is What’s Trending on Social Media Today < Previous
Nyeri’s Outspan Hotel Put Up For Sale For Ksh 550 Million Next >
Recommended stories you may like: