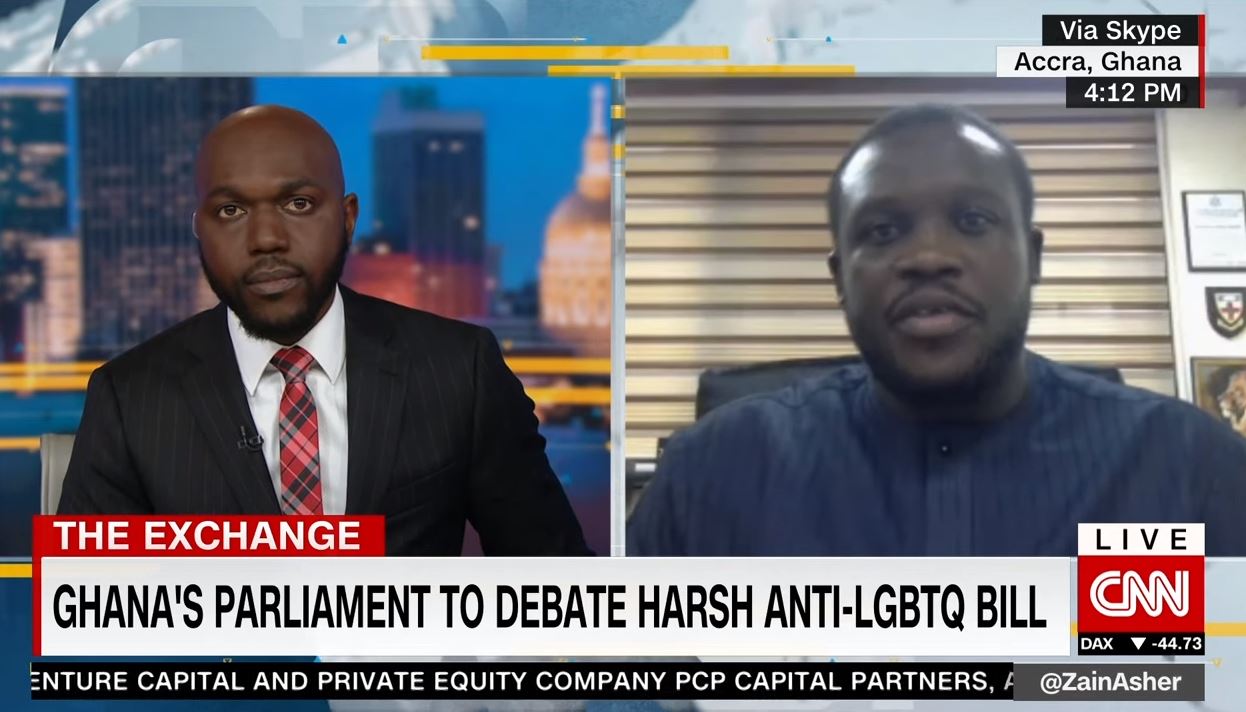 Kenyan journalist Larry Madowo was last week in the crosshairs of Ghanaians, after he interviewed one of their legislators on CNN.

The topic of the discussion was a proposed anti-LGBTQ bill that the MP, by the name of Sam George, is sponsoring.

The bill, which has found wide support in the very conservative country, proposes even tougher punishment for gays and lesbians, in a country where it is already illegal to be one.

Some of the new penalties proposed are jail term limits of 3 to 5 years for persons proven to have engaged in homesexual activities. This will be achieved through defining homosexual behavior as a second degree felony.

At some point in the interview, Madowo tried to understand his guest’s character, and where he was coming from.

“Are you just a hateful person who doesn’t want people who are different from you to have a life in Ghana?” Madowo asked the MP.

The MP twisted the argument, claiming that he is in fact protecting the rights of LGBTQ persons in Ghana, by giving them “a right to a fair trial.”

According to him, his bill makes it legal to jail LGBTQ people, but also makes it illegal to extrajudicially assault them. He did not elaborate whether the latter is currently legal.

Asked what his reaction would be if his son or daughter was gay, the MP simply replied that neither his two sons or daughter is gay.

At one point, the MP told Larry to “stop trying to import American values into the reasoning of Ghanaian legislation.”

Asked whether such legislation was a priority for his constituents, the MP argued that the government of Ghana spends too much money subsidizing the costs of HIV drugs, a virus which according to him, the LGBTQ community is leading the surge in.

The MP was praised widely by Ghanaians for how he handled the interview. Indeed, going with online sentiments, it seems he might be headed for a bright political future.

However, the story took a turn later, when news spread in Ghana that Madowo had quit CNN as a result of the interview.

Several online publications in the country claimed that Madowo had tendered his resignation after and perhaps because of the interview. 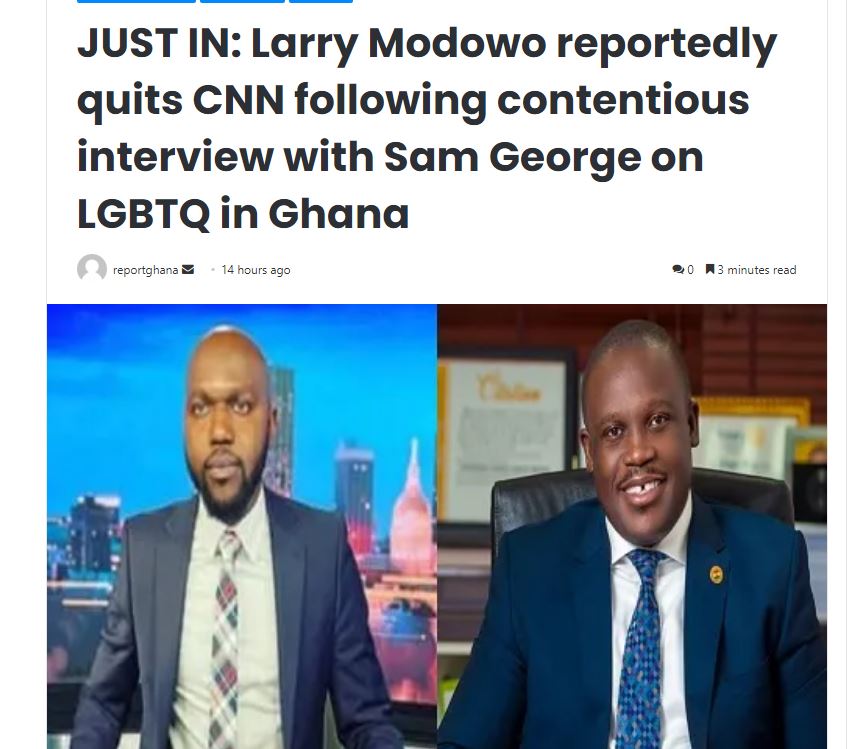 It is unclear where such rumours came from, but Madowo is still very much at CNN. In fact, just a few days later, he flew to Dubai to host ‘One World’ at the Dubai 2020 Expo.

Thrilled to be co-anchoring @OneWorldCNN from Dubai all this week with the brilliant @EleniGiokos. It’s a busy news show, come join us! pic.twitter.com/tgOUu3rlJ2

The Fight To Bring Back LYFT Into the Market Continues < Previous
Kenya Loses Maritime Border Row With Somalia at the ICJ Next >
Recommended stories you may like: