Kenya Loses Maritime Border Row With Somalia at the ICJ 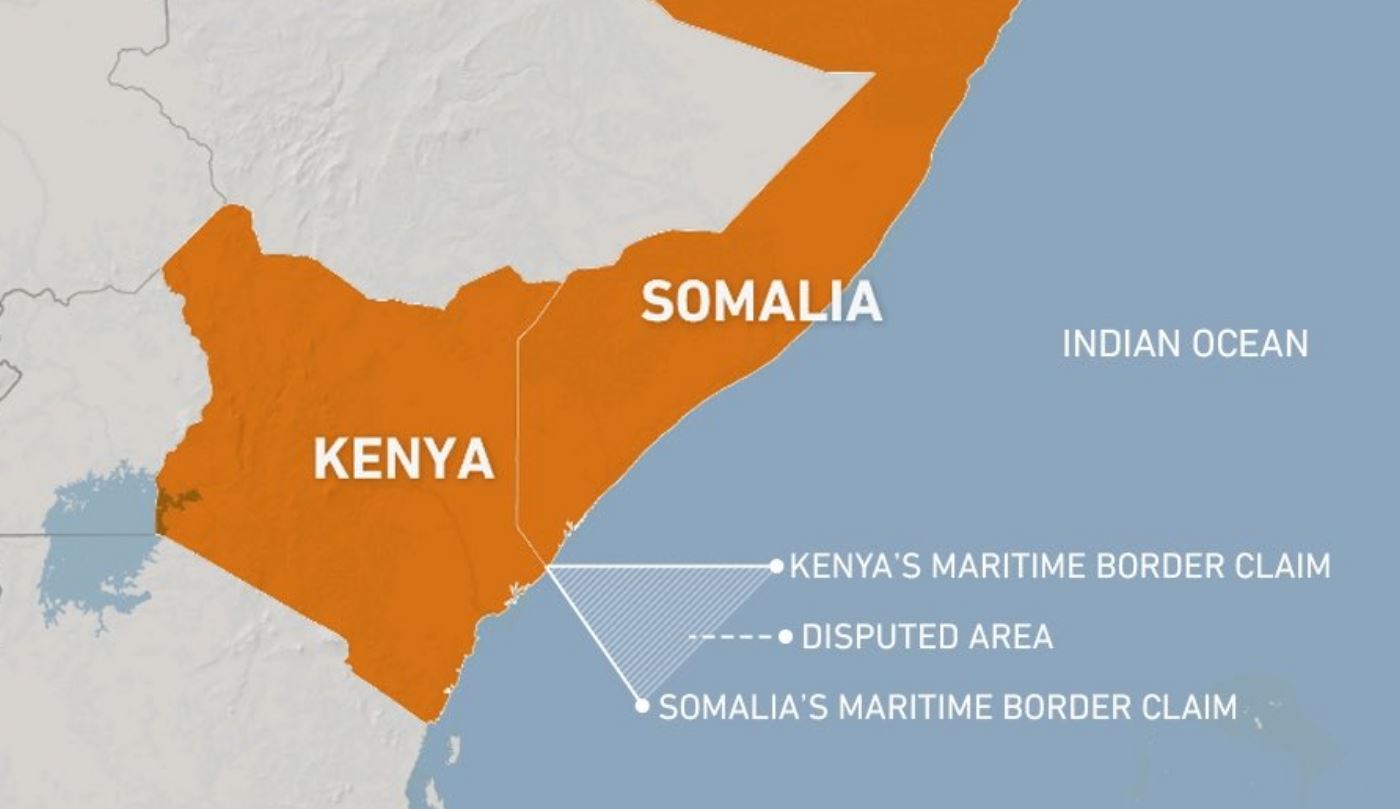 In a sign that they expected the decision to go their way, Somalia’s cabinet ministers gathered at the Prime Minister’s office Tuesday afternoon to watch the decision by the International Court of Justice.

Kenya’s declaration a few days ago that we will not be bound by the International Court of Justice’s judgement, only gave them more confidence.

Some minutes after 5 pm local time, the judges delivered a judgement that is a huge blow to Kenya.

According to the court, the maritime boundary between Kenya and Somalia, will closely follow the line that Somalia wanted. Although adjusted a bit north, it doesn’t come close to a parallel line to our Southern border with Tanzania. This is what Kenya always wanted.

The ICJ threw out Kenya’s argument that Somalia had agreed to a parallel boundary years back.

It was not even a close call, with the Hague based court voting 10:4 on the matter.

This ruling means that Somalia will now have the rights to prospect for oil, gas or other resources in the disputed area.

The latitude border has been Nairobi’s stance since a presidential proclamation in 1979. Somalia, after many years of not making any claim, decided to head to the Hague in 2014, arguing that the maritime border should follow its land border South.

The area in question is about 160,000 square kilometers, and is suspected to be rich in oil and gas.

It will be interesting to see how Kenya responds after this, although the most likely scenario is business as usual, being that Kenya has already chosen to withdraw from the ICJ.

The Interview That Made Ghanaians Think Larry Madowo Has Quit CNN (VIDEO) < Previous
Zion Clark: Biography, Age, Family, Olympics, Guinness World Record, How Does He Pee? Next >
Recommended stories you may like: