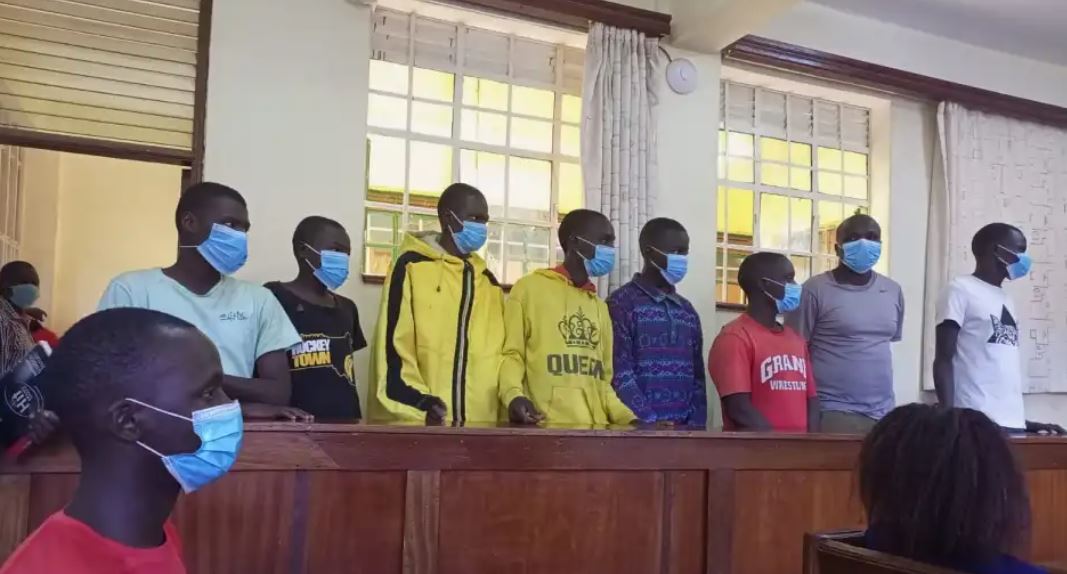 Eight suspects who allegedly stoned Deputy President motorcade on Saturday, at Korinda junction in Busia were Monday arraigned in court.

They appeared before Busia Chief Magistrate Lucy Ambasi and were charged with three counts of incitement to violence, obstructing police officers while performing their duty and malicious damage to property.

They all denied the charges.

Magistrate Ambasi denied them bond saying she was persuaded by the prosecution to deny them bond on various grounds.

“Whereas the accused persons are entitled to a bond as a constitution right, I am persuaded by the prosecution counsel Mr. Namasake that there are grounds to deny you bond,” she ruled.

The matter will be mentioned next week on Friday.

The Trending Memes and Tweets This Tuesday < Previous
DP Ruto – My Friend Uhuru Taught Me How to Climb Mt Kenya Next >
Recommended stories you may like: