Deputy President William Ruto says his popularity in Mt Kenya can be attributed to the guidance he received from President Uhuru Kenyatta.

Speaking at Latter Glory Worship Centre in Gachie, Kiambu county on Sunday, DP Ruto told congregants he was happy that Uhuru Kenyatta advised him on how to gain popularity in the vote-rich region.

“I have the President’s blessings. He told me: ‘For you to win the people and climb the mountain comfortably, you have to visit them in churches and pledge to build roads and offer quality education among other things’. I am happy my friend told me how to climb the mountain,” Ruto said. 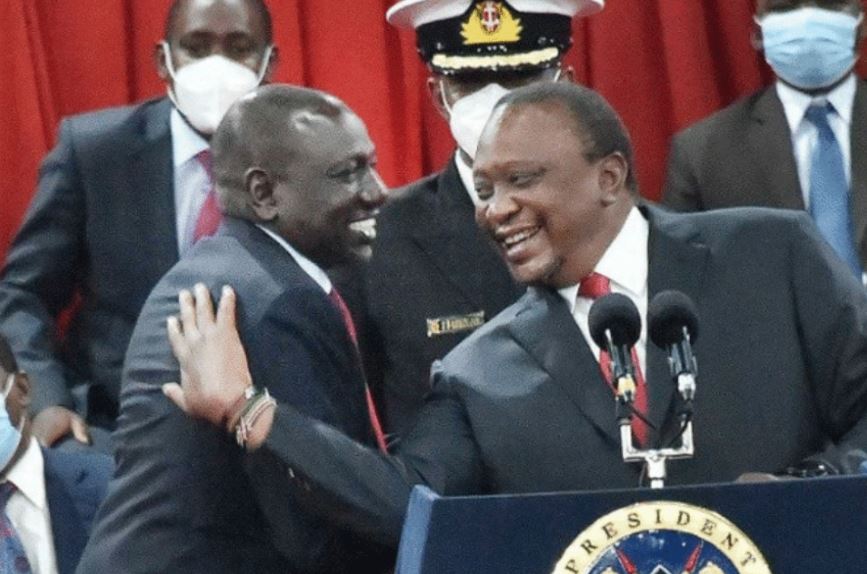 The DP donated Sh1 million to the church and reiterated that his bottom-up economic blueprint is best for the country.

“We want an economic system that will empower people at the grassroots, not one that favours a few at the top,” he said.

DP Ruto at the same time faulted Raila Odinga for the collapse of the Jubilee Party development agenda.

“He is behind the problems facing the ruling party as well as the collapse of President Kenyatta’s Big Four Agenda. He has no vision for the country but only seeks to seize power,” Ruto claimed.

The DP urged young people to register as voters and elect a “hustler” government next year.

“I am happy to be the leader of the ‘hustler’ movement that cuts across all ethnic communities, religions and races. Our aim is to use unity to build a strong national political party,” he said.