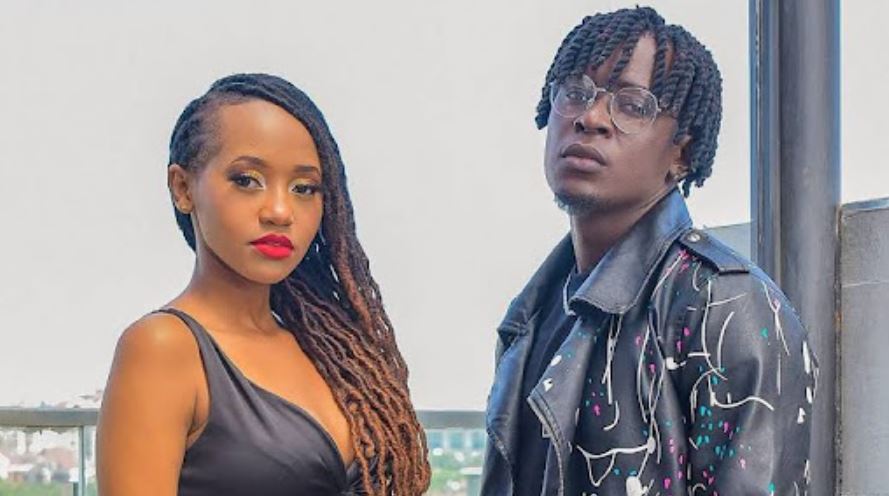 Controversial musician Willy Paul has finally responded to the sexual assault allegations leveled against him by his former signee Miss Picasah.

According to Willy Paul, Miss P, born Elvira Wambui Maina, acted out of anger because he could not reciprocate her love for him.

“I’ve seen n heard all that’s been happening for the past few days on social media about a lady claiming to have been sexually assaulted by me. I’d like to let everyone know that this is a made up story. This is a lady who’s deeply in love with me and is acting out of anger, we had our moments… but when she realized that I couldn’t give back the same love she made up a story that has really done a lot of damage to my good and clean brand.

“My lawyers are working on the case and very soon the truth will come out,” said Willy Paul.

Consequently, the Saldido Records founder has issued a demand letter to Miss P to apologise and retract her claims.

Failure to do so, Willy Paul threatened to institute a defamation suit against Miss P.

“We are in the premises to Demand from you, which hereby DO that you immediately cease and desist from making the false accusations against out client and in any event not later than 3 days from the date of this letter, retract the false statement and offer a public, and unequivocal apology by the way of advertisement after which we shall contact you for Negotiations on quantum for damages.”

“Take Notice that if we don’t hear from you in the manner demanded, we have instructions to commence suit against you for damages, both general and exemplary, among other remedies without further reference to you whatsoever,” reads part of the demand letter. 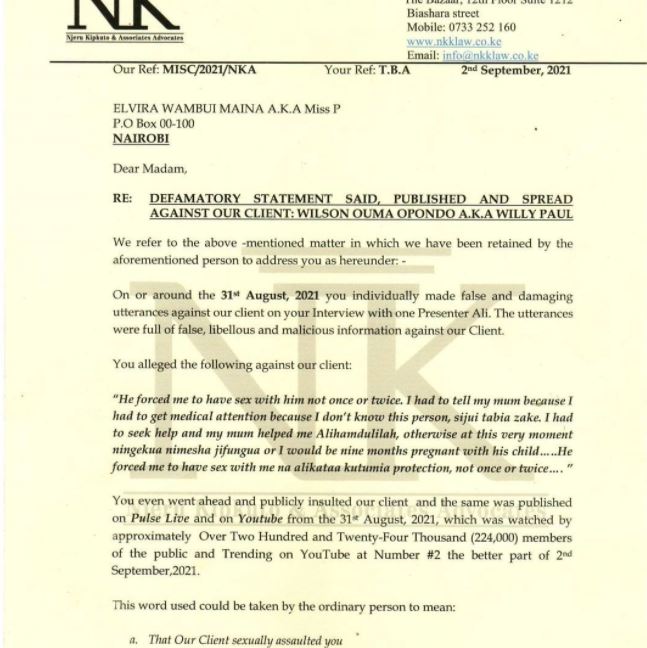 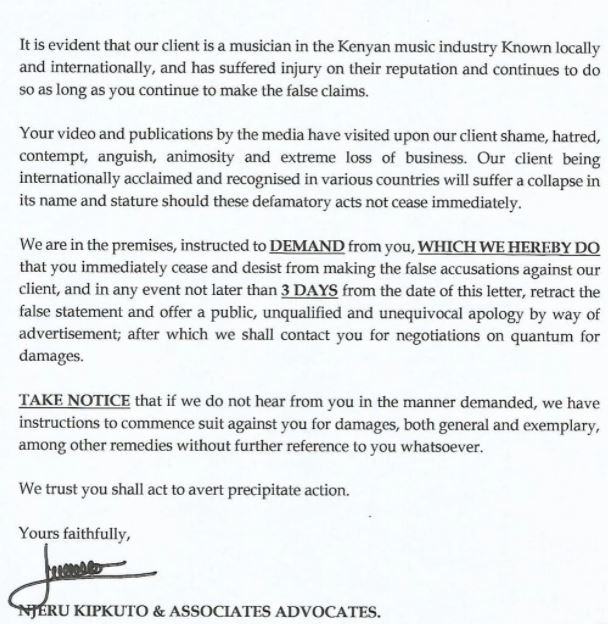 Fred Indimuli Quits Revamped KBC After 3 Months < Previous
I Wish I Never Set Foot in Saudi Arabia Next >
Recommended stories you may like: