I Wish I Never Set Foot in Saudi Arabia 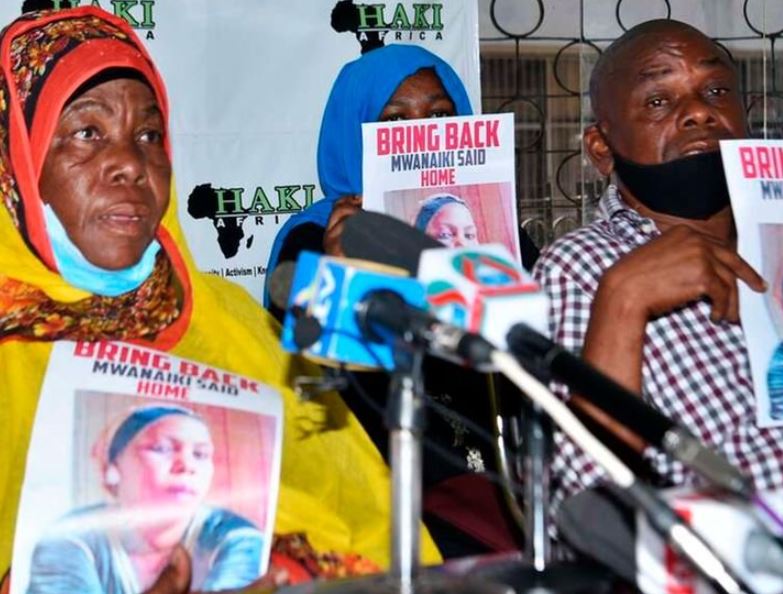 I wish I had received a warning sign nine years ago, before travelling to Saudi Arabia.

I wish God had sent someone my way to whisper to me, “Saggaf Swaleh, don’t go to that foreign land”.

But it was too late.

In January this year, I was detained in a Saudi jail.

Before that, in 2012, a relative connected me to a job in Saudi Arabia after I failed to secure a well-paying job in Kenya.

I packed my bags and travelled to Riyadh to work as a truck driver, leaving behind a pregnant wife.

Truth is, it was far from that. I suffered in the kingdom.

Every two years, I would fly back to see my family in Kenya for a short leave, but that was before things changed in January this year.

What happened was that I was detained at the Saudi jail for eight months.

Torture, mistreatment, lack of food and medical care summed up my horror life in the jail.

One night, I received a call from a Kenyan friend that I met while working in Saudi Arabia.

She needed me to pick her up from her employer’s home and take her to the Kenya Embassy in Riyadh.

The girl was working as a house help.

She alleged that she was being mistreated by her Arab employer.

I had no idea that fateful night would transform my life into a horror.

I had worked as a driver for a company in Saudi Arabia for nine years and never once did I find myself on the wrong side of the law.

It was at night and on the weekend. I helped her, not knowing that her employer was following us closely.

As I drove, her employer hit our car from behind.

We got into an accident, which ended my friend’s life.

Confused and in shock, I called the traffic police officers, who were nearby.

The employer had escaped the scene.

The officers promised to help.

Twenty minutes later, and to my horror, I was in handcuffs heading to a detention centre. I did not see that coming.

From my limited understanding of the law, when a person is arrested he or she should be taken to court before being detained.

But that never happened. I never saw the inside of a courtroom.

In the jail, I was locked with 250 other people.

There were only seven toilets.

Food was provided once a day.

Five months into my detention, I gave up calling the Kenya Embassy in Riyadh, but my friends, on the other hand, kept calling for help.

Sleeping on the floor and waking up only to eat unpleasant food became my daily routine.

Phones were used secretly in the jail.

One morning, I called my wife back in Kenya and she gave me some good news that raised my hopes in life again.

My wife informed me that some journalists wanted to highlight my predicament.

I was shocked. Why now, after eight months of detention? I never saw that day coming.

We arranged an interview with the journalist. My friends and I opened up on our plight, without leaving out any details.

Two weeks later, I learnt I was on the list of people who were to be repatriated to Kenya.

We were tested for Covid-19 and it was by luck that mine was negative.

I landed safely in Kenya on Monday and travelled by bus to my home in Ukunda, Kwale County.

Going back to Saudi Arabia will never be an option for me.

Willy Paul Claims Miss P Is Obsessed With Him and Acted Out of Anger < Previous
Mutula Kilonzo Declares Governorship Bid Next >
Recommended stories you may like: