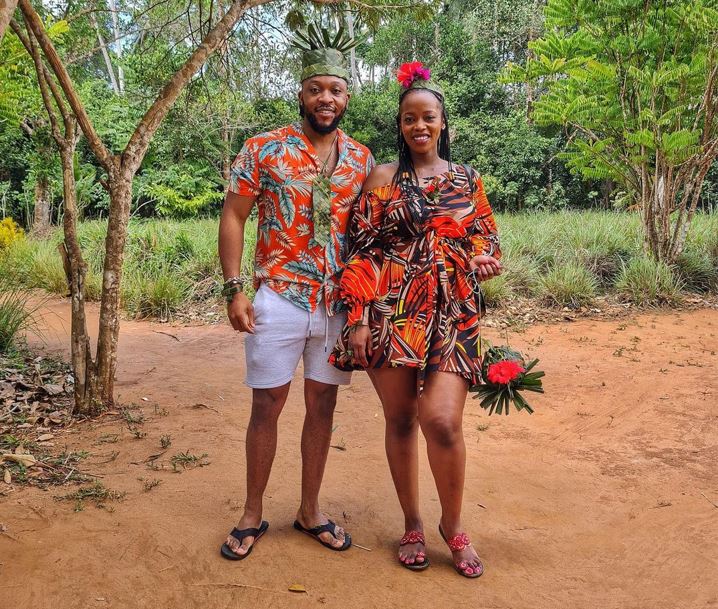 Corazon Kwamboka and Frank Kiarie ‘JustGymIt’ have decided to take their love affair to the next level.

The popular social media lovebirds are engaged to be married after the gym instructor asked for the socialite’s hand in marriage.

Frankie Just Gym It proposed to Corazon Kwamboka in Zanzibar, where the lovebirds have been enjoying a baecation.

Ms Kwamboka quickly took to social media on Tuesday, to break the good news to her over 730k followers. She also flaunted her engagement ring with a picture giving her hand in marriage to Frankie’s.

“I said yes!!!! To happiness, to love and to a whole lot of fun with the one person I don’t ever want to live without. @frankie_justgymit can’t wait to say I do,” she wrote. 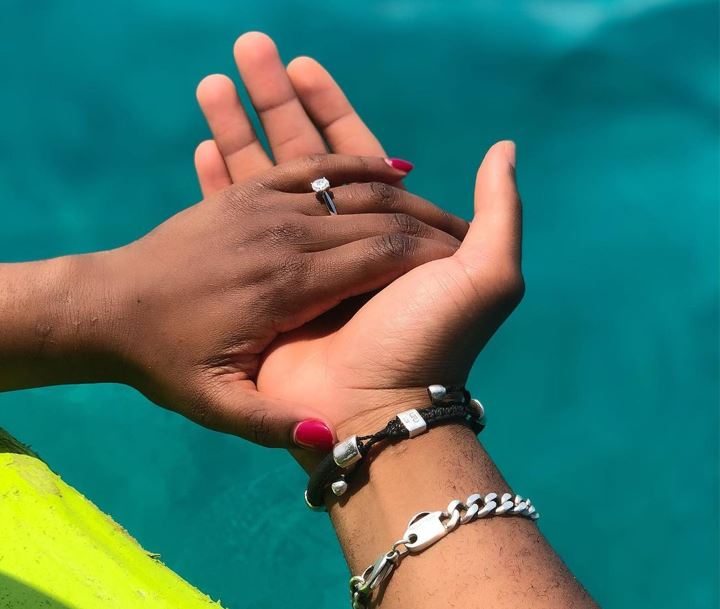 The couple started dating in 2019 after Frankie broke up with his baby mama and vlogger Maureen Waititu. They have since been blessed with a baby boy named Taiyari Kiarie, who turned one earlier this month.

In June, the two spoke about the possibility of walking down the aisle, with Corazon saying:

“I hope he proposes one day. But I’m not really looking forward to it. I’m taking one day at a time, if it happens and it’s the right time, I will say yes,” she said.

“Right now I’m just enjoying getting to know him and being parents.”

Frankie simply said: “This one is mine. Trust me.”

Vincent Mboya Blasts Mulamwah For Riding on his Name For Clout < Previous
‘What a Lucky Baby’ – Vera To Treat Newborn to a Life of Luxury Next >
Recommended stories you may like: