Vincent Mboya Blasts Mulamwah For Riding on his Name For Clout 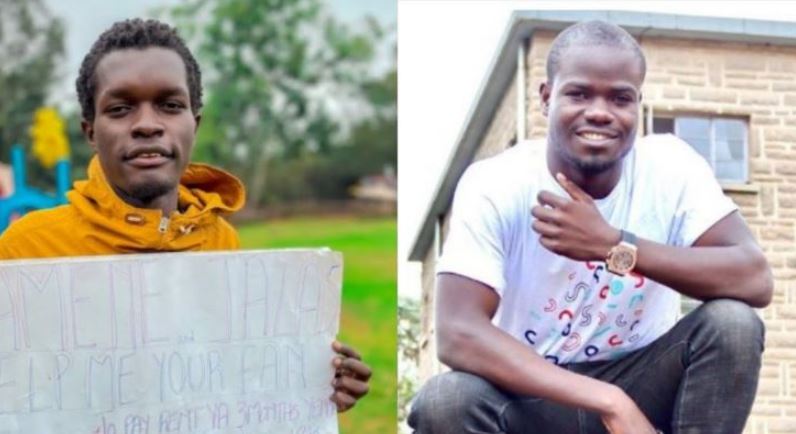 Vincent Mboya says comedian Mulamwah made empty promises to him to gain fame.

Apparently, Mulamwah had promised Mboya Sh2,000 but he failed to fulfill the pledge. Mulamwah recently claimed that he had withdrawn his offer after Mboya asked Jalang’o to collect his Sh18,000 offer.

“He(Mulamwah) said he will add Sh2,000 when Jalang’o gave me Sh18,000, but he never did that. I respect him soo much but him saying he wanted to help me is extremely wrong; there is nowhere that he helped me,” Mboya said.

The aspiring musician said he was not shocked when Mulamwah rescinded his music sponsorship deal.

“Hiyo siku Mulamwah alisema atanisaidia ku-record ngoma, let me just say the truth, it was just for the camera and everything. He was riding on my name.  He said he will help me and after two weeks he starts saying the projects are ongoing,” Mboya added.

‘It was Weird’ – Rotimi on Vanessa Mdee Meeting his Mother < Previous
WEDDING BELLS For Corazon Kwamboka and Frankie Next >
Recommended stories you may like: