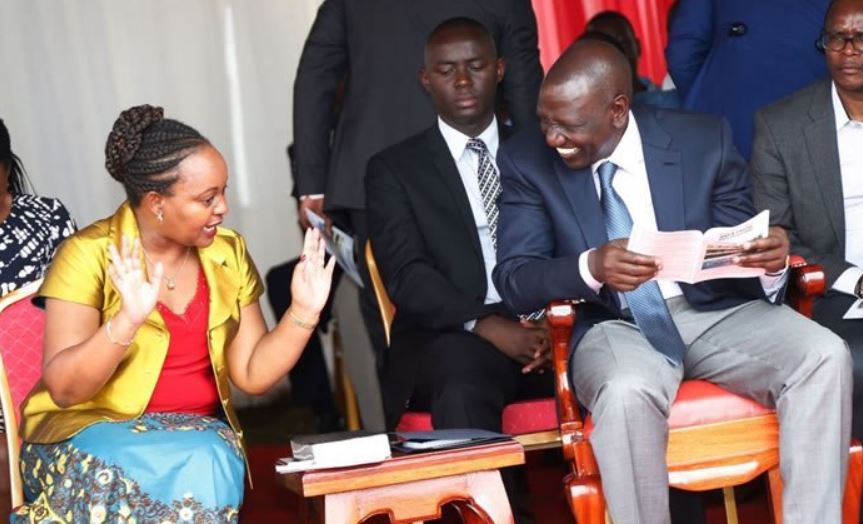 Kirinyaga Governor Anne Waiguru kept her cards close to her chest when asked if she would be joining the UDA Party ahead of the Elections 2022.

Speaking on Spice FM on Monday morning, the former Devolution CS said it is too early to disclose her next move.

Waiguru said her electorate will decide her next political move.

“I will not be ignorant to try and go against the people, I cannot vote myself in so, I’m listening very carefully to what it is that they want. Do they want me to run for governor for a second term,” she said.

Waiguru further noted that re-election is not entirely dependent on performance.

“In politics, it’s not just about performance, you can be a fantastic performer and not be re-elected,” Waiguru said.

She added: “Anyone who thinks they have performed and therefore should be re-elected is very naïve in politics. Sometimes politicians are elected on waves of political parties, they’ll say you did well but you were in the wrong camp.”

Waiguru said she will be consulting with people on the ground to make her decision.

WEDDING BELLS For Anita Nderu This Week < Previous
Raila Odinga’s Message to”holier-than-thou” Opponents Linking Him to Sorcery Next >
Recommended stories you may like: