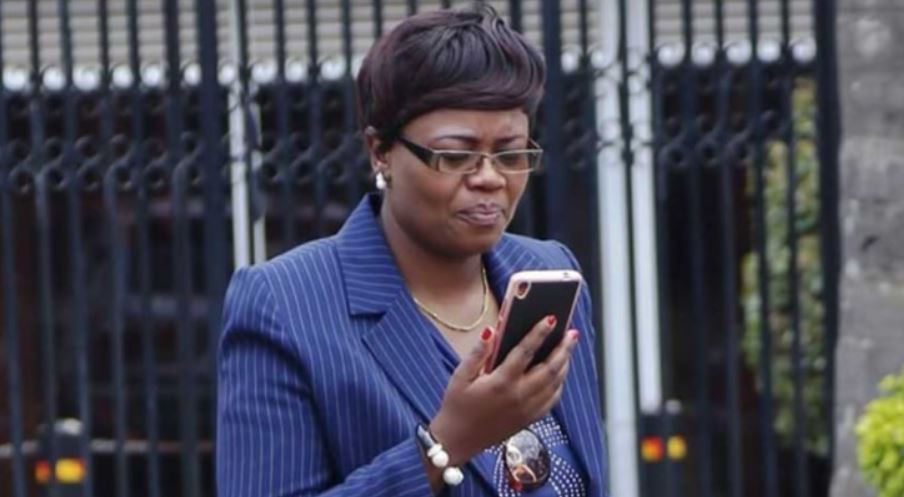 Kiambu Woman Representative Gathoni Wa Muchomba has revealed how she got into trouble with govt officials while she was working at Inooro FM.

Speaking to Dun Wainaina on YouTube, Wa Muchomba said she was often summoned by top government officials, among them former President Mwai Kibaki, for criticising the govt.

“Kibaki summoned and questioned why I was against his government. That was during some clashes between communities in Molo,” she said.

On one occasion, wa Muchomba said the late Embakasi MP David Mwenje showed up with a gun at her place of work.

“Those who know me from radio say I was a tough boss and they referred to me as ”aunt’,” she said.

“I fought so many politicians and some of them threatened my life. The late Mwenje was my friend but it got to a point when he pulled a gun on me. He came to the studio carrying a gun. I made a comment on air about him being a Form 4 dropout and that really got to him.”

Gathoni faulted radio presenters for not using the airwaves to question the government and political leaders.

“A radio personality should be powerful to address issues affecting the communities. Don’t just take photos in studios and post,” she said.

“Ask yourself, what you are doing for the nation. I stopped listening to radio since presenters mostly brag about how they ate nyama choma last night, forgetting there is an old grandmother somewhere in the village struggling to get school fees for their children.”

Wamuchomba also disclosed that if she were to lose her seat, she would return to radio.

“My ministry is for the poor people. I have done my best. I don’t need to go back to the radio to earn but to serve people.”

Wa Muchomba, 46, also spoke about her vision of becoming Kenya’s president by the time she hits 60 years.

“If God gives me life, I will be the President. That is my vision. It is something that God has pushed in my mind for many days and even when I resist, it still comes back.”