Tana Mundkowsky: Everything You Need To Know About Brandon Flowers Wife

Tana Mundkowsky is mostly known not because of what she has done, but because of who she is married to. She is the wife to Brandon Flowers – lead vocalist and keyboardist of the Las Vegas based rock band The Killers.

Not much is known about her early life, other than she was born in 1982.

Tana and Brandon were both residents of Las Vegas when they met for the first time in 2001.

As they have told the story, the first time they met was in a thrift shop in Sin City by the name Buffalo Exchange. She was 20 and her future husband was 21. Brandon, whose rock band was just starting out, had gone to the store with fellow singer Dave. Apparently they were looking for supplies for their first gig.

As the story goes, whatever Tana had wore caught Brandon’s eyes, and his first thought was that she could be a nice person to hang out with.

He approached her and they would soon start dating.

On their first date, the future couple reportedly went to an all night record store, where they talked nothing but music. They had mutual and impeccable knowledge in the art, including understanding and familiarity in both big and small artists.

Above all, they found out that they shared a similar taste in music, which only strengthened their bond.

Tana and Brandon dated for 4 years before deciding they had seen enough, and wanted more of each other. They got married in August 2005 in a private ceremony in Hawaii.

Does Tana Mundkowsky Have Any Children? 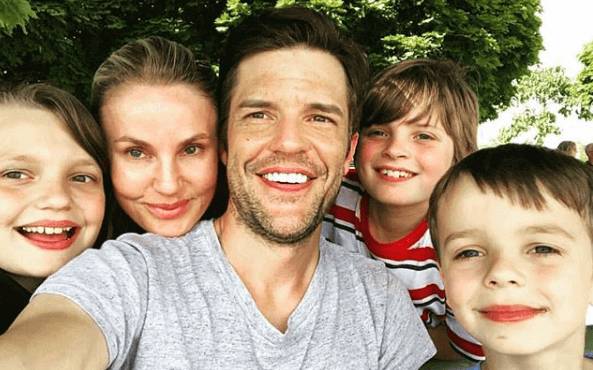 The family lives mostly in Las Vegas – where The Killers rock band is also based, but they also have a home in Park City, Utah where Brandon grew up.

It is unclear whether she has any formal job right now, but Tana has previously worked as an assistant for designer Betsey Johnson, as a manager at Urban Outfitters, and also as a school teacher.

Tana suffers from complex PTSD (Post-Traumatic Stress Disorder), and has been quite open about it. Her case is rare in that in involves not just a single traumatic events, but multiple.

She has reportedly contemplated suicide on numerous occasions. It was particularly bad in 2015, when her husband had to miss some live concerts in order to be with her.

The track ‘Rut’ which is contained in The Killers 2017 album ‘Wonderful Wonderful’ was inspired by Tana’s struggles with PTSD.

“Usually I feel protective of her but I decided to take it head on. So ‘Rut’ is about her submitting to it. That doesn’t mean that she’s gonna let it beat her, but rather that she’s gonna finally acknowledge that it’s there and promise to break this cycle,” Brandon noted.

Alex Aniston: What You Need To Know About Jennifer Aniston’s Half Brother < Previous
Nyashinski’s Wife Zia Bett Seeks Help Raising Sh10M For Sister’s Treatment Next >
Recommended stories you may like: