Students Torch Dormitory After Being Denied CU Function With Girls 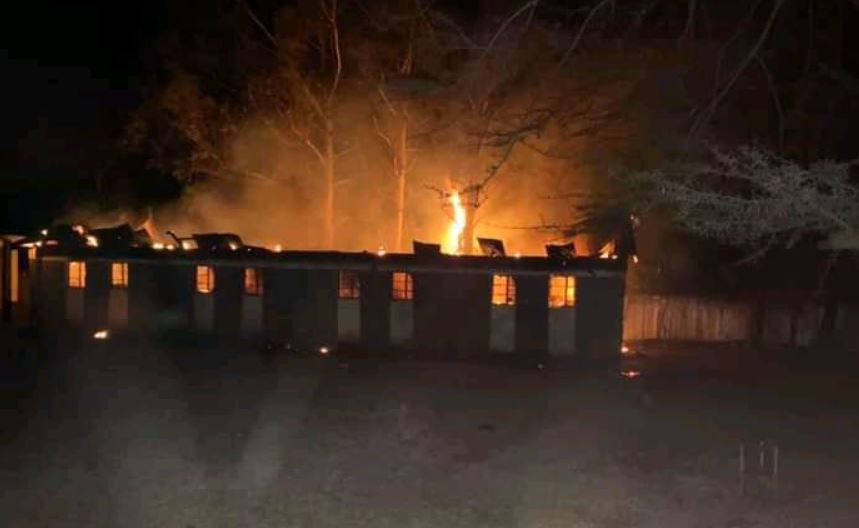 Students at a mixed secondary school in Narok East, Narok County set fire to a dormitory after they were barred from holding a joint Christian Union function with girls from the same school.

The boys from Eor Ekule Mixed Secondary, which has separate compounds for girls and boys, torched the 200-capacity Loita dormitory on Sunday, September 11.

Principal Mary Nkukuu said the boys got angry and started hurling stones within the school compound after they were barred from joining the girls in the church service.

The service was to celebrate the launch of a new music system for the school church.

Narok County Government sent a quick response team of firefighters who assisted in putting out the fire.

Property of unknown value was also destroyed in the fire, with the students losing some of their valuables.

“The students decided to burn their dormitory because they were not allowed to hold a joint Christian Union function with girls in the school. It is very upsetting to see young boys aged between 13-14 suffer because of a few senior boys who do not care about education,” said Olekina. 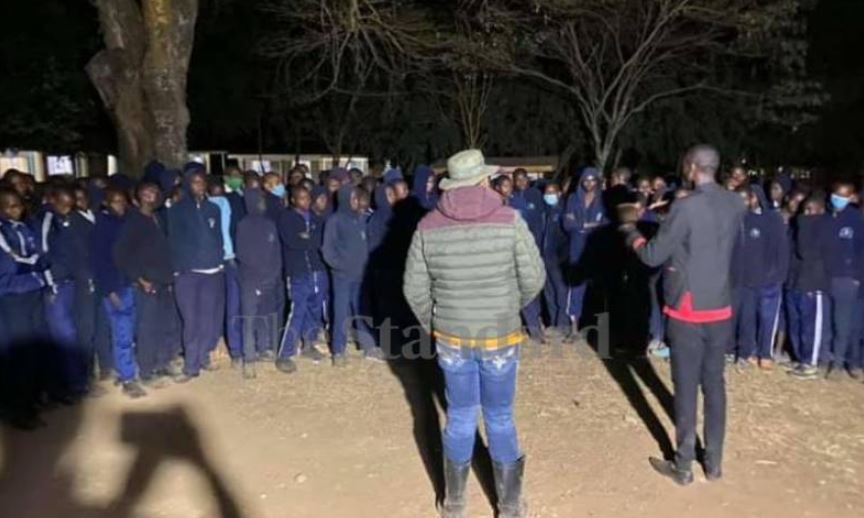 The Narok Senator, whose home is a few metres from the school, visited the institution after the fire had been put out and was seen in a video speaking to the students.

“You are lucky that here in school you even eat bread, I’m so sure some of you rarely see this at your homes,” he said.

“You are the leaders of tomorrow but you want to spoil your life and future as you watch. Life is so hard outside here and it is so difficult, some of us work 24 hours a day so that we can be able to employ people. It is not easy,” he added.

Makena Njeri was Taken to a Therapist after Being Suspended for Writing Love Letters < Previous
Man Kills Wife After Finding Her at Chang’aa Den in Siaya Next >
Recommended stories you may like: