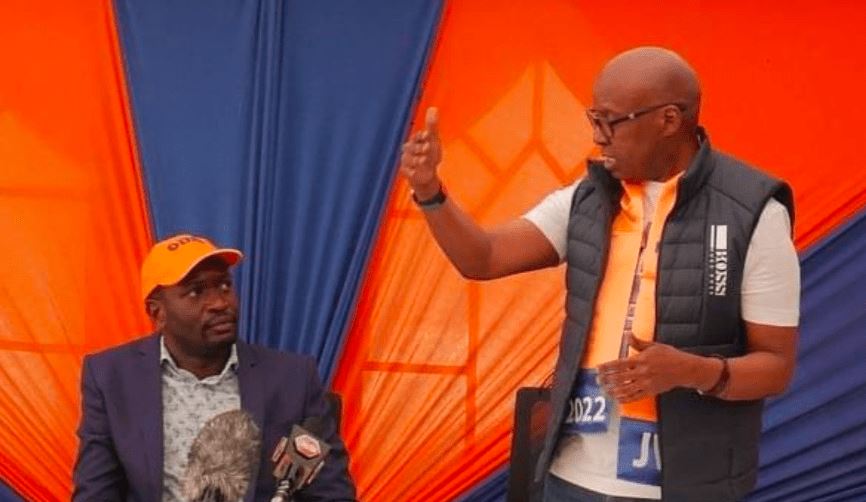 Jimmy Wanjigi may have started his presidential campaigns in earnest but his political party appears to be a bit skeptical about his intentions.

According to Orange Democratic Movement (ODM) Secretary-General Edwin Sifuna, Wanjigi is not a candidate for the party’s presidential ticket in the 2022 General Election.

Speaking on Spice FM Wednesday morning, Sifuna explained that Wanjigi has not applied to be ODM’s flagbearer.

The ODM Sec-Gen added the party had closed the application process for the presidential ticket.

“When we opened the process, there were only two applicants, and they are known,” Sifuna added.

He, however, disclosed that Wanjigi made a request to have the party reopen the application process.

“He has made a request that I will submit to the National Executive Committee (NEC) in the next two weeks to have the process reopened so that he can apply,” he stated.

Sifuna said he suspects Wanjigi, a lifetime member of ODM, has ulterior motives.

“His intention is not to support the party. He has ulterior intentions that he will tell us about when the time is right,” Sifuna said.

Kibera Woman Jailed For Insulting Neighbour < Previous
Moi Grandson is not Broke…He’s a Pilot and Drives Prado – Baby Mama Tells Court Next >
Recommended stories you may like: