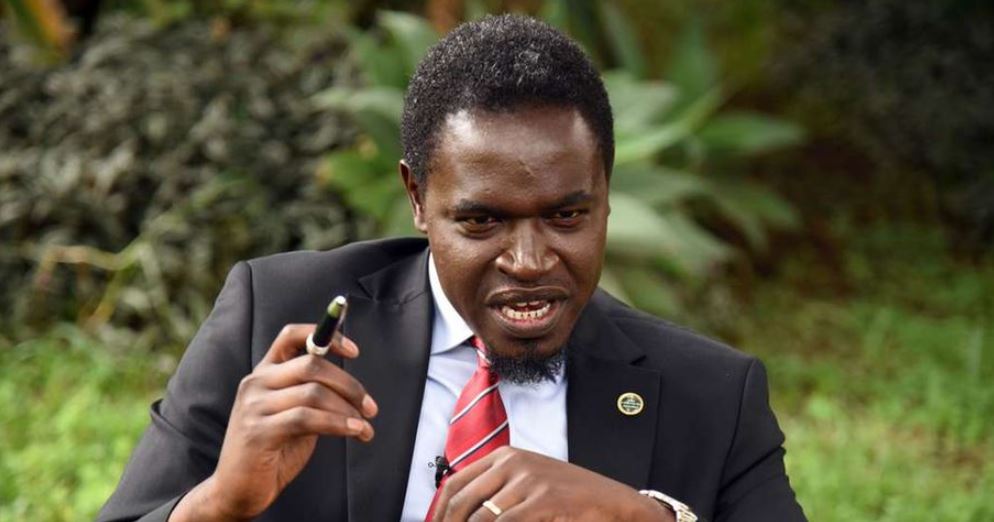 The President of the Law Society of Kenya Nelson Havi sat down for an exclusive interview with the Nation on Tuesday, September 14.

The aspiring politician spoke about his two-year tenure, political aspirations, and fall out with the LSK council. he also revealed why he wouldn’t work with Chief Justice Martha Koome.

What was your expectation of how the two-year term would go?

Of course, my expectation was, we will sail through the two years successfully. Have we sailed through successfully? I would say yes and no. We have been able to accomplish all the three agendas set out. Not smoothly, with a lot of resistance. The terrain has been rough, requiring a lot of versatility and aggression.

My aggressive nature and failure to pursue an accommodative approach ended up being of great benefit, so far as the rule of law and constitutionalism and monitoring legislation is concerned. The State sent people to me to take middle-ground positions. In fact, even before I assumed office I met with representatives of President Uhuru Kenyatta on this issue of 41 judges and they asked me, ‘Can we have a middle ground?’ I said no. It’s either the 41 or none.

What, to you, have been the successes registered?

First, we challenged the curfew. Though the court did not agree with us, it agreed that lawyers are essential service providers. The court also indicated that in enforcing the curfew measures, police must respect human rights. If you remember very well, the first week of the curfew, police came out with a lot of violence. But after the decision of Justice (Weldon) Korir, they cooled down. So both lawyers and the mwananchi benefited.

Look at the Kenya Meat Commission. The government thought it could give the KMC to the Kenya Defence Forces. We went to court; we have a judgment that quashed the executive order. This does not benefit lawyers alone.

On September 21, 2020, the Chief Justice (David Maraga) advised for the dissolution of Parliament, again on a petition filed by the LSK.

Stopping 74 amendments to the Constitution is no mean task.

What more could be done, better than dissolving Parliament when it comes to monitoring legislation? In fact, when we went to occupy Parliament, the day that I took tea, the clerk of the National Assembly told me, ‘Havi, this is very unprecedented’. We did not expect the Chief Justice to (advise that Parliament be dissolved). We sent shockwaves to Parliament.

I admit, maybe I needed to sweet-talk those council members. Maybe I needed to bend backwards to accommodate their position. But I don’t have any regrets because I’m not a corporate manager; I’m a distinguished litigation lawyer. Often, a lawyer in the field may not be the best manager.

There have been targeted negative reporting by the newspapers, which again I don’t mind. Because unknown to most of you, a politician or a revolutionary of my calibre thrives in controversy. I think it is the building block from which I want to rise. But of course, I’ll be mindful of the things that have been pointed out that require improvement. For instance, this issue of governance that is being talked about – in my future leadership career it is something I’ll need to work on. Because it’s a fool who does not admit mistakes. So I must admit where my mistakes are, even as I take pride and joy in my successes.

Will you try to reconcile with the LSK council before leaving office?

What is your comparison of the Judiciary under Justice Martha Koome and David Maraga?

Justice Koome is very aloof to the demands of the consumers of justice… Justice Maraga was available to the people. But offices will always be held by different people. You can’t have Maraga forever and you can’t complain about Martha Koome. It’s her turn to serve and as I said as soon as she was confirmed by the National Assembly, I will give her my support. I’ll offer objective criticism but I must admit that I think in this new dispensation and mode of approach, she takes us back to the 1990s. There is much she needs to work on. She started on the wrong premise. First, by undermining elected leaders of the LSK. For me, I pray that time moves pretty fast so that I don’t stand as a stumbling block to her many years as CJ. I can’t work with her and I don’t want to stand in the way of her work.

Of course, the government has also hit back in many ways. The government will ensure that my corporate clientele, who are somehow connected to the government, do not give me work. There is police harassment every day, you’ve seen. We’ve seen activities of the Chief Justice where we are excluded. Yesterday, lawyers were being admitted (to the bar), I was not aware lawyers were being admitted. The other day the National Council on the Administration of Justice (NCAJ) met, I was not aware NCAJ was meeting, yet the president (of LSK) sits on the NCAJ.

Politics is even harder, and you have to make compromises. How will you handle that?

I am cognizant of the challenges that face elected MPs. But those challenges are the same challenges I faced as LSK president. I met parliamentarians, they came to bribe me, I’ll tell you without fear of contradiction. They came to threaten me. In life, if you don’t live and stand for anything, you will die for nothing. Yes, there are those challenges that are likely to face me in Parliament. Human beings, like all animals, have a default tendency to do right.

You were recently accorded the title of elder in the Maragoli community. Why vie in Westlands and not back home?

As a Maragoli, my ancestral home is in Vihiga. Most Maragolis migrated from Vihiga to settlement schemes in Kakamega district. So I grew up in Kakamega District. I am averse to domestication. My adult life has been spent in Westlands. I own property in Westlands, I work in Westlands. Westlands is representative of the Kenyan population. Of all the constituencies in Nairobi, I think Westlands is the crème de la crème.

Which party will you be running on?

I think it is a matter of public knowledge that I affiliate myself with ANC. And I affiliate myself with ANC for the reason that it was the party which sent individuals here to come and convince me to run for Westlands. But it’s not an indication that I am fixated on ANC. Parties are political vehicles with which you can stand for office. I believe and I have heard from people that Havi is a brand, Havi is a name. I can be elected on any party. If ANC were not to treat me well or they were to (reject) me, I wouldn’t lack a place… UDA would be more than willing to welcome me. I’m sure ODM would be more than happy to take me up, they are just a little bit annoyed, but they would be more than happy to take me. So, I don’t think I suffer want of a political vehicle. The transfer window is here. If I feel my support base does not want ANC or ANC will not give the people of Westlands what I need to give them, I will move. And I have no qualms about that.

Is the fight against corruption political or is politics a safe haven for the corrupt?

It’s both. Many corrupt people hide in politics. And the truth of the matter is you need political power to protect yourself. And you have seen, after they have been arrested, they have a homecoming where they declare they will run. Then people elect them. Who is the fool here? It’s the people. Then of course there is the other aspect of the weaponisation of corruption.

There are people in politics who have been targeted for weaponised corruption. Of course you have seen me represent some of them. They are entitled to legal representation. That does not mean that I stand in the way of the quest for accountability and good governance.

How do we separate the two groups in an anti-graft fight?

The root cause of corruption is the entry level to leadership. Entry level to leadership is two-fold. Elective or appointed. We have just talked at length about how people are electing individuals suspected or even convicted of corruption. That’s a problem that the people can only blame themselves. Because when it manifests into a legal question before a court of law, it must be dealt with legally. In that case, whoever is charged is entitled to legal representation.

The other entry level is through public appointments. You see individuals with questionable records being appointed to public office, some even as ministers. And then the President starts making noise that ‘you lawyers, you courts are the weak link in the (the fight against) corruption’. No, you are the weak link, you appointed them.

Your practice risks stagnating once you go into politics, how will you avert that?

I don’t want to overstay my welcome. There is no case I have not handled. I’ve handled the biggest cases. Whether or not I get elected, I don’t want to overstay my welcome in legal practice. And my first thing to do is legislation. There are many other options. I can further my studies and teach. I think I stand in a position where I need to teach in so far as corporate practice in litigation is concerned. As an MP I will not go to court. My clients will have to look for other avenues.

It’s not retirement, it’s priorities. I’ve done my part in public-interest litigation. I’m not going to write memoranda to Parliament. I’m not going to go to court to challenge what Matiang’i has done. Leave so that the poets can write poems about you.