Nuns Distance Themselves From Marijuana, Chang’aa Found in their Vehicle 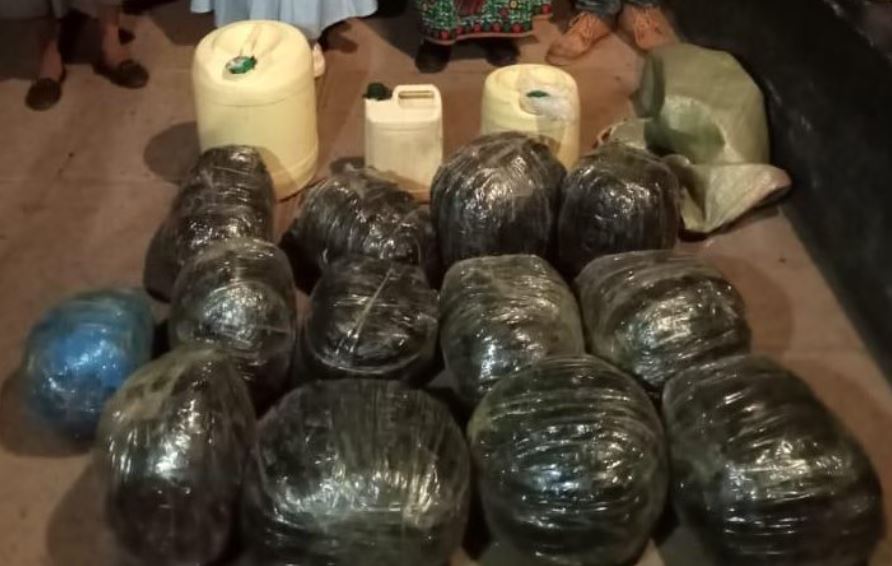 Detectives from the Directorate of Criminal Investigations on Tuesday night impounded a vehicle loaded with a consignment of cannabis and illicit liquor.

The vehicle was ferrying three Catholic missionaries from the Benedictine Sisters from Malaba to a convent in Karen, Nairobi when it was busted.

Detectives from DCI Langata division flagged down the vehicle along the southern bypass but the driver failed to stop prompting a high-speed chase.

According to the DCI, th high-speed chase left the nuns “silently reciting their rosaries and meditating the sacred mysteries”.

“Their prayers were finally answered when the ill-fated jalopy they were traveling in, failed to match the speed of the Subaru hatchback used by the detectives, forcing the driver to jump from the vehicle as they approached Kabage area and disappeared into the darkness,” the DCI added.

“The sisters who were at pains to distance themselves from the drugs explained to the detectives that they had earlier boarded the vehicle at Malaba on the Kenya-Uganda border, paid their fare and the driver was just about to drop them off in Karen when the detectives flagged down the vehicle,” DCI said.

“I’m Scared!” TV News Anchor Purity Museo Reports Twitter Stalker to DCI < Previous
Huddah – I Use My Spare Time to Have Sex Next >
Recommended stories you may like: