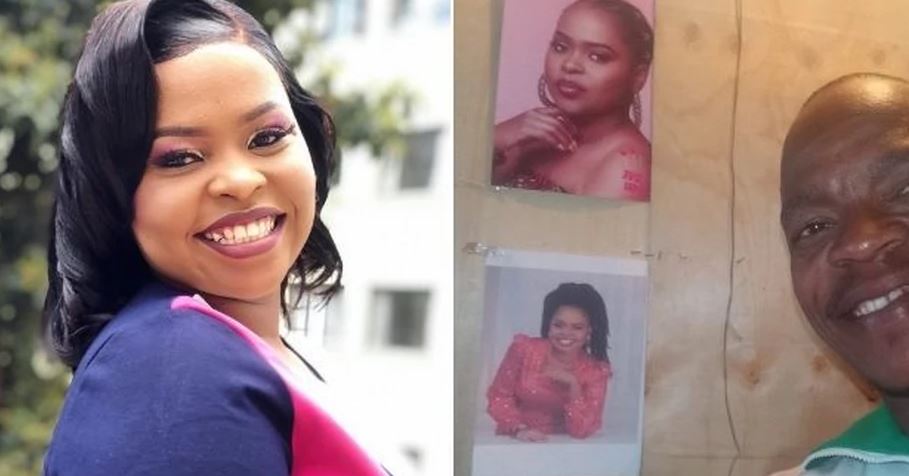 KBC news anchor Purity Museo is seeking help in dealing with a fan who appears to have taken his admiration for the media personality too far.

Taking to social media on Wednesday, September 22, Ms Museo shared pictures of the man who has been on her case since 2020.

According to Museo, the man once created a social media account with both their names.

“There was a time he created an account that had both our names. When I warned him that I would report him is when he immediately changed the name.

“So yesterday (Tuesday, September 21), he took my photos and tagged my co-anchors and KBC. One of the handles for Radio Taifa tagged me and that is when I realised that this has become too much,” Museo lamented.

The stalker has apparently been taking selfies showing posters of Museo plastered in his house. 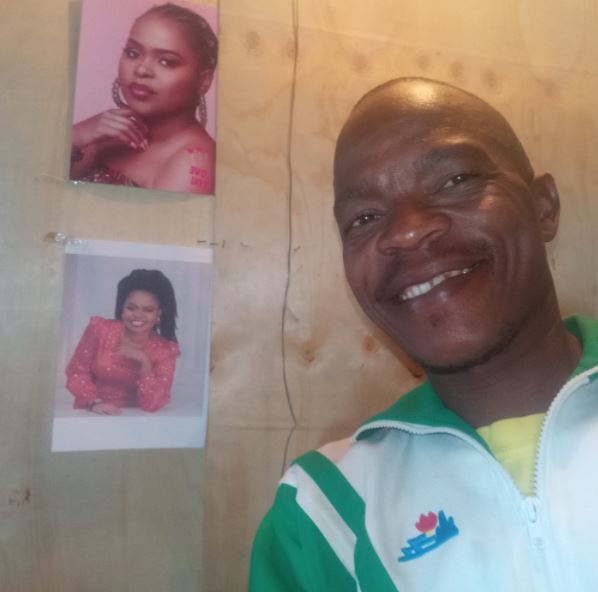 “Fellow Kenyans. I need help to stop this man! He has my photos in his room and when I block him he creates new accounts and tags me in these posts. I don’t know him. I have warned him severally in vain . I don’t find this normal. His new account is @FreeGerman2 @DCI_Kenya,” tweeted the newscaster.

A quick peep at the @FreeGerman2 account showed more posts about his apparent and seemingly unhealthy obsession with Purity Museo. 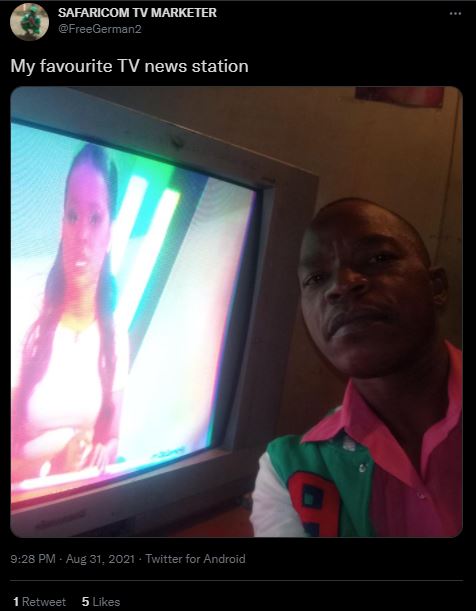 While some may argue that the man is just a fan, Museo sees it as abnormal and has reported the account to DCI and Twitter.

“@DCI_Kenya, this man has my images all over his room and uses them on social media. I don’t know the motive behind that. I have warned him for months to stop the behavior but each time I block him he creates new accounts and tags me in the posts. Please help me stop him. Am scared.” Purity reported.
Here are some screengrabs of the man’s posts. 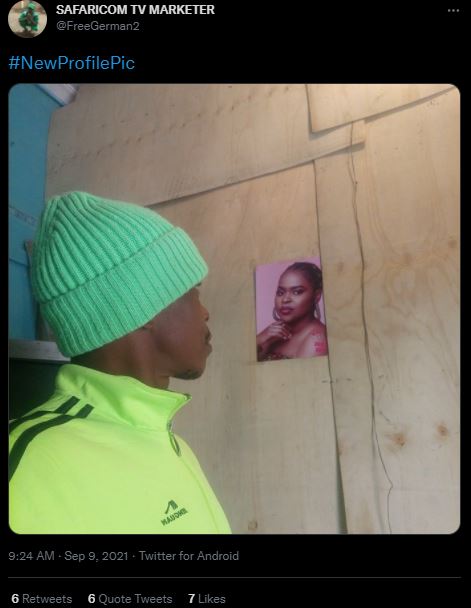 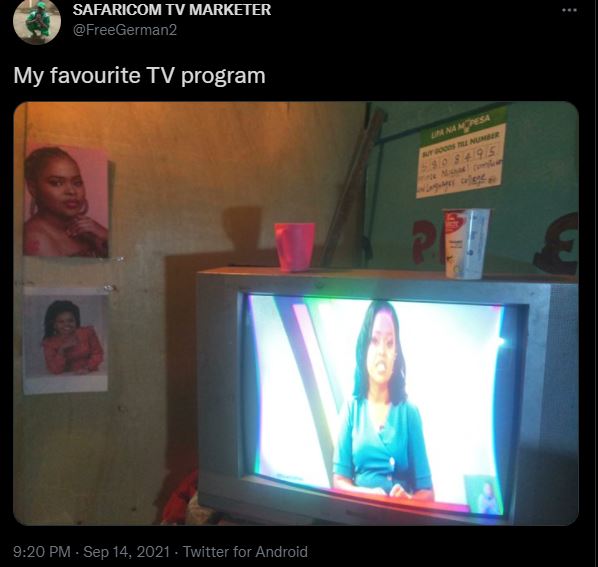 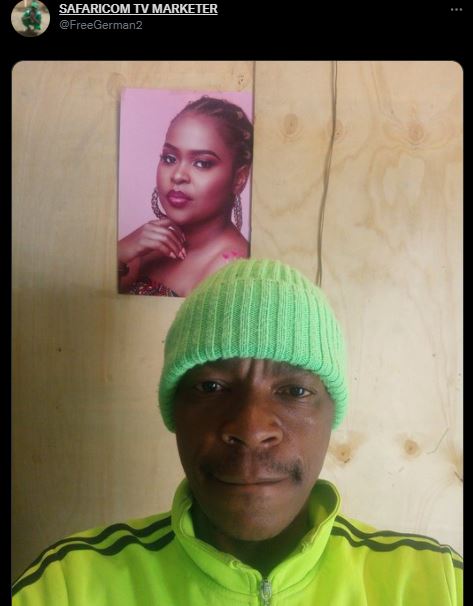 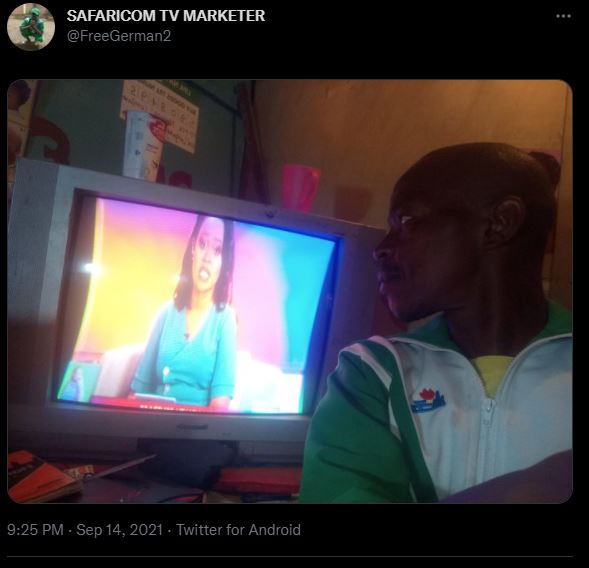 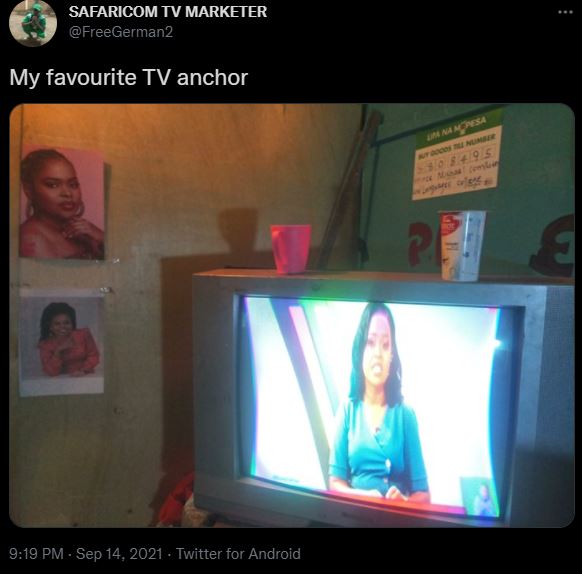 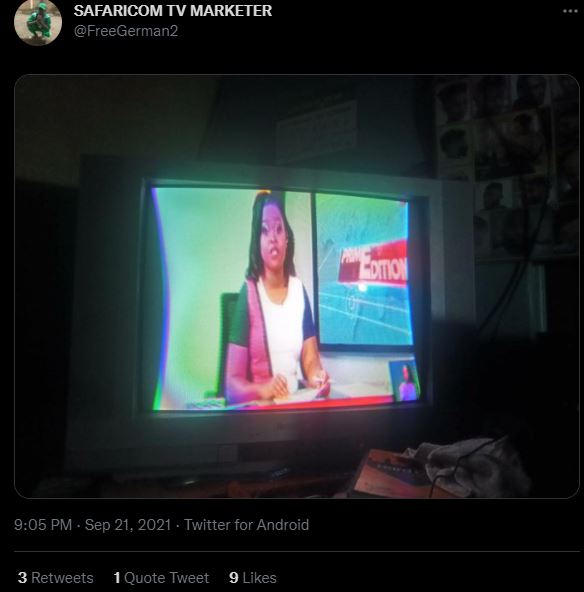 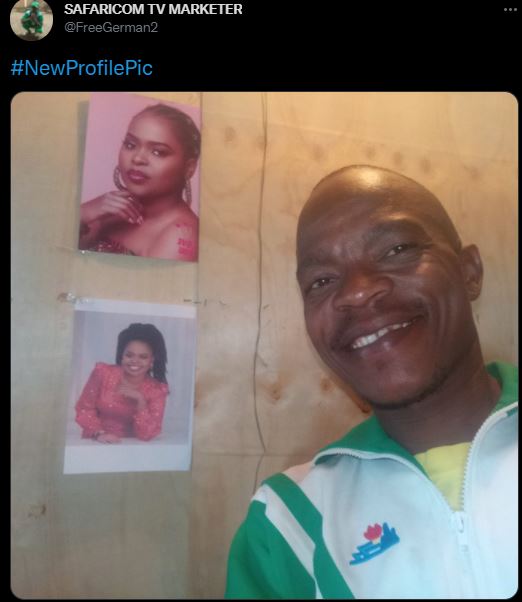 Hehe he is just a fan & you are a celebrity

I don’t find it normal

Those saying he is just a fan, can’t do anything past having your pics, etc clearly don’t understand that stalker behavior can cause psychological and physical harm whether intended or not. This is wrong and yes @purity_museo it’s not normal at all. @TwitterSupport @DCI_Kenya

This is What’s Trending in Nairobi This Thursday < Previous
Nuns Distance Themselves From Marijuana, Chang’aa Found in their Vehicle Next >
Recommended stories you may like: