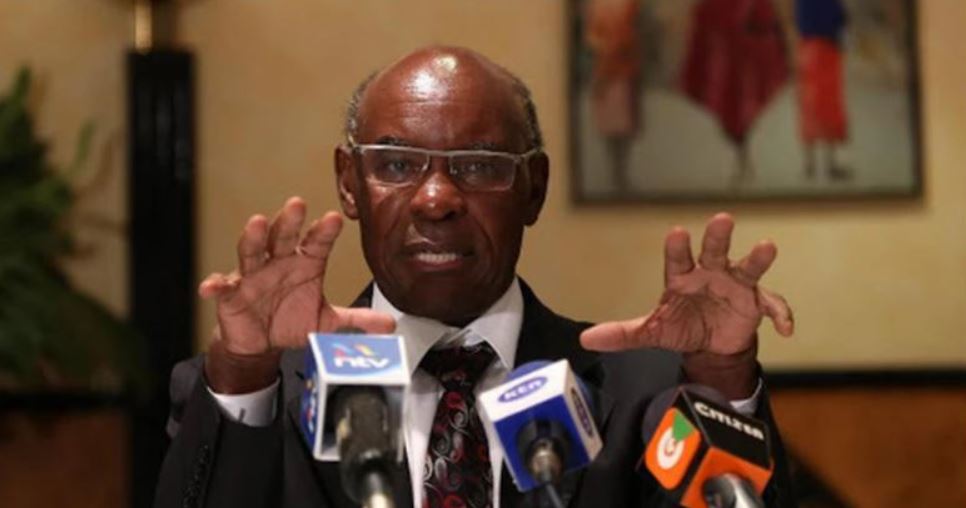 Dr Macharia worked in the Lands Ministry during President Jomo Kenyatta’s regime.  He was among the young educated Kenyans who were handpicked from the United States of America in 1968 to return home and work for the then government.

Speaking on Tuesday during a meeting of the Mt. Kenya Foundation and Raila Odinga in Nairobi, Dr Macharia said the Kenyatta family legally acquired the land they own.

“Those who say Kenyatta stole land should come and I will take them to the archives… Anyone who got land from the British has valid documents with my signature and that of the late Gikonyo,” he stated.

Recounting his days as a public servant, Dr. Macharia said vices like corruption weren’t as pronounced as they are today.

“The problems we have today, we did not have them during President Jomo Kenyatta’s time. We worked very hard. We still worked 8 hours from Monday to Friday and until midday on Saturdays. We would never take a single cent of government money,” he said.

“We only worked for the government to make money or provide services for people and then those taxes would help businesses make money,” SK Macharia added.

The media mogul also hailed President Kenyatta for the handshake with Raila Odinga.

He said the gains made from the handshake should not be allowed to go to waste.

“Without President Uhuru Kenyatta there would be no handshake. We salute him for that. We ask him to leave that handshake to good hands so that it can continue,” Macharia said.

He added: “We believe President Uhuru Kenyatta will leave this country in good hands, the hand he went to look for to shake hands.”