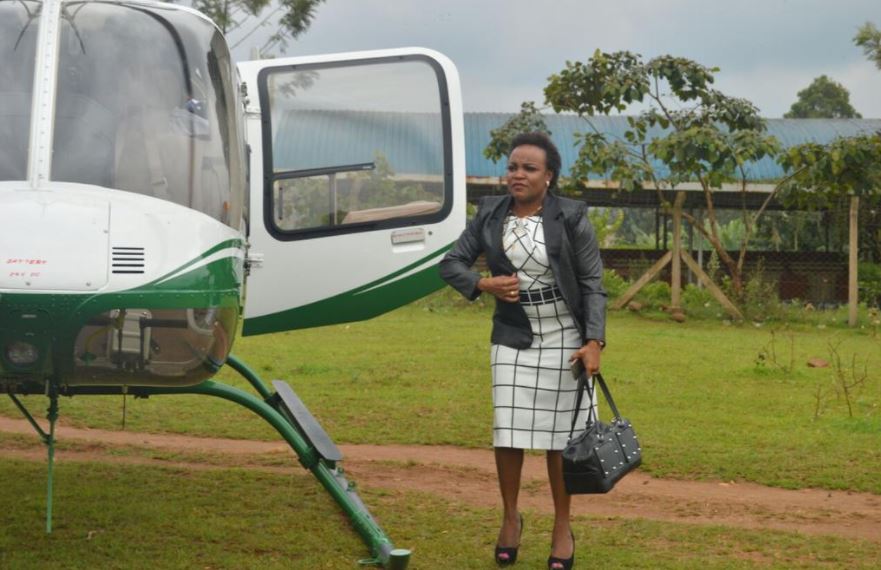 There was drama at the home of Kirinyaga Women Representative Purity Ngirici in Nairobi on Monday after auctioneers stormed the residence over a debt.

NCS Auctioneers raided the residence in Runda seeking to seize household items over a Sh5 million debt owed to a helicopter company.

The auctioneers were acting on instructions from Flex Air Charters, who accuse Ngirici of failing to pay the money after hiring its helicopters in 2016.

The auctioneers, who were accompanied by police officers, however, did not cart away the items they had seized despite having a warrant. It took the intervention of Ngirici’s lawyer, Murang’a senator Irungu Kang’ata, to cool things down as he pledged to help settle the debt.

“Yes, the lawyer (Mr Kangata) agreed to drop a check at our office,” Timothy Owuor of NCS Auctioneers said.

Ngirici added: “The auctioneers descended on my residence and took away all the households including a Sh 2 million television set. Because I wanted to save my items, I decided to deposit the cash with the court as I move to court for an appeal.”

The Kirinyaga Women Rep hired Flex Air’s chopper services between May 8 and August 17, 2016, and incurred a cost of Sh5.9 million. Ngirici paid Sh2 million and was left with a balance of Sh3.9 million.

After failing to settle the balance, Flex Air moved to court seeking to compel the Kirinyaga politician and her husband to pay the debt.

The aviation company won the case but that the couple allegedly refused to pay, forcing the firm to resort to auctioneers.