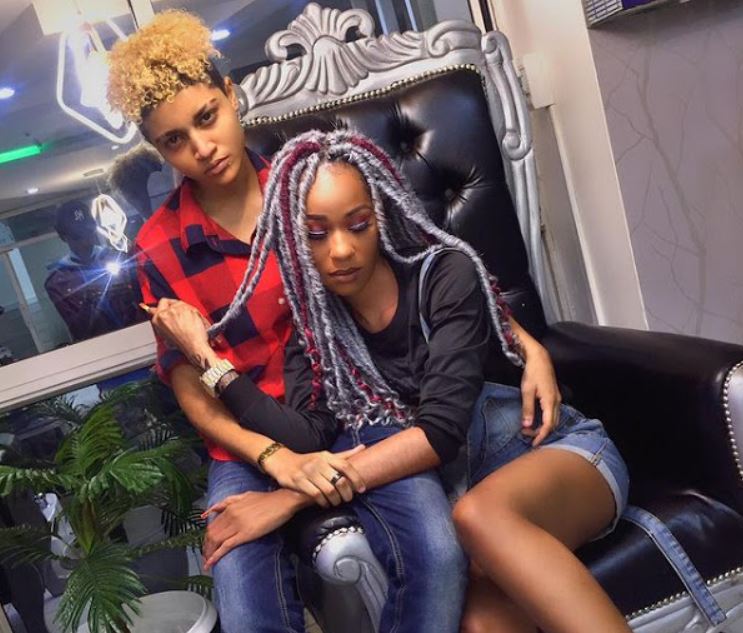 Noti Flow has confirmed her break up with King Alami, describing her as a psycho who turned violent after a minor argument.

The female rapper, who seems to court controversy every now and then, said King Alami also threatened to kill her and take her own life.

“We had a normal little argument and she went all rampage. King Alami started to punch the walls, hurting her wrists, and when I tried to stop her, she bit me on my shoulder and hand,” Noti Flow wrote.

“She held knives at me and threatened to kill me and kill herself if I break up with her! She strangled me, so I couldn’t scream for help! I was out of breath for seconds, I thought I died.” 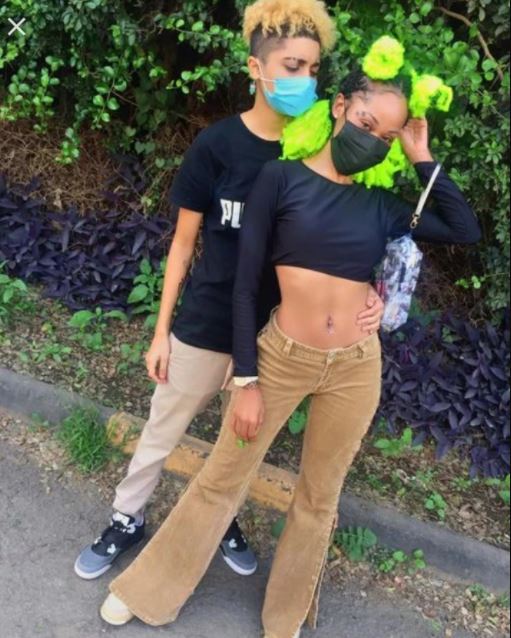 She added: “Love doesn’t just vanish no matter what someone does. It’s unfortunate we can’t be together.”

The ‘Foto Moto’ hitmaker further claimed that Alami is capable of murder.

“Nop, she almost killed,” Noti flow said when asked if she would get back together with Alami. She added: “But if I ever do(get back with her) and was found mysteriously dead, just know she killed me Mr kidding. Chick is capable of murder. She, so dark.”

Noti Flow at the same time said she will be taking a break from dating. 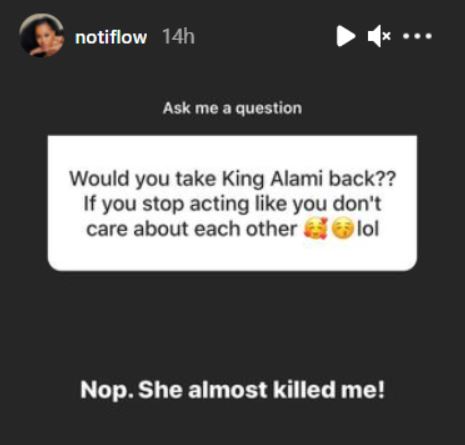 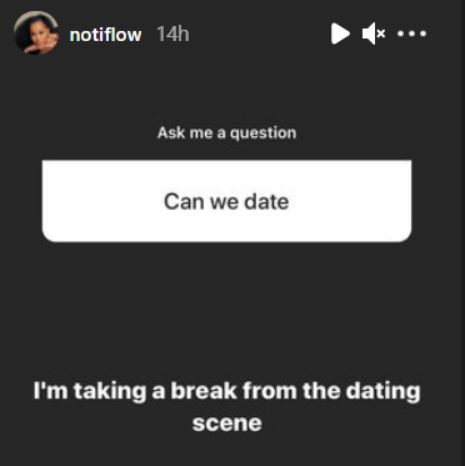 Badi – NMS To Modernize Uhuru Park In Time For Christmas < Previous
Raburu’s Baby Mama, Ivy, on Pregnancy Before Marriage: ‘I Do What I Want’ Next >
Recommended stories you may like: