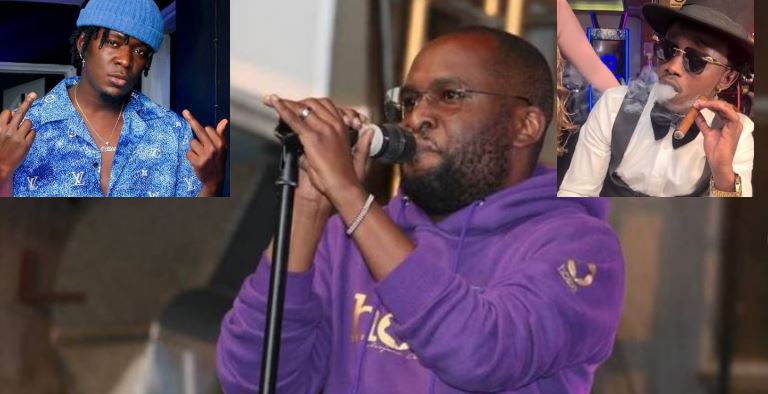 Former Kleptomaniax rapper Collins Majale aka Collo has sounded a warning to the new generation of gospel stars in the country.

According to the rapper, a section of Kenya’s young gospel singers has been joking with God’s name.

“God will not allow his name to be ashamed. A new dispensation is coming when gospel music will go back to what it used to be. God is cleaning the house and anyone, any ‘gospel artiste’, who is trying to compromise this clean-up will be wiped. In fact, the clean-up has started,” he said.

“There has been a group in the new generation of gospel artistes that has been joking with God’s name. They have normalised sin on the pulpit; sex, alcohol, drugs…They are confusing the many young people who see them as role models. This is an abomination. God’s vengeance is coming down. It will hit you hard,” said Collo.

Asked about the timing of his prophecy, Collo said God had spoken to him about a time when many gospel artistes would backslide and move to secular music.

He, however, did not mention the artistes saying they are well-known. Collo said the fire of God would not spare them, adding that even in secular, they won’t last long.

“I don’t want to mention names as everyone understands who I am talking about. There is a time when gospel music in the country was respected. When God used to speak to the generation through the ministry and deeds of those who were called by his name.

“Then came another group that was more interested with the hype, the showoff, the swag, the women, the cars, the money, the awards…God has dealt with them. They will all go and in the process, God will raise a generation of artistes who stand for His holiness,” said Collo.

Entrepreneurship is a Better Way of Creating Wealth than Formal Employment < Previous
Career Path With CEO, Technology Service Providers of Kenya (TESPOK) Next >
Recommended stories you may like: