Patrick Amoth Bags New Role on WHO Executive Board 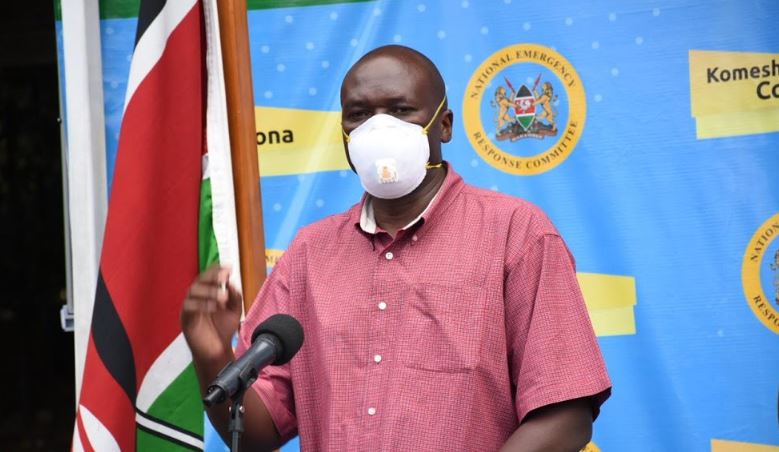 Acting Ministry of Health Director-General Dr Patrick Amoth is the new Chairperson of the World Health Organization (WHO) Executive Board.

Dr Amoth’s predecessor, Dr. Harsh Vardhan, made the announcement on Wednesday during the 149th session of the WHO Executive board.

Dr Harsh Vardhan said the decision was reached after no objection was made during his nomination to the post.

Amoth was appointed Chairperson of the World Health Organization (WHO) Executive Board for a period of one year.

Accepting his new role, Dr Amoth thanked the entire WHO Membership for the faith and trust they have demonstrated in electing Kenya to serve as Chairperson of the Executive Board.

“I wish to convey our deep appreciation and gratitude to the entire WHO Membership for the faith and trust they have demonstrated in electing Kenya to serve as Chairperson of the Executive Board” Amoth said.

“This is not an honour that the Republic of Kenya takes lightly and I commit, on behalf of the Government of Kenya, to undertake the duties and responsibilities entrusted to this office with utmost commitment and humility,” he added.

The Chair-elect said he hopes that the Member States can purpose to spare no effort in striving to end the ongoing pandemic and secure a healthier and sustainable future.

“We must endeavour to utilize all the available tools at our disposal and remain steadfast in our fidelity to the basic founding principles of our great organization towards the attainment by all peoples of the highest possible level of health,” he concluded.

The Executive Board consists of 34 members who are entitled to elect the chairperson.

In May last year, Dr. Amoth was elected Vice President of the Executive Board of the WHO for a 2-year term.

President Kenyatta: My Focus Is Economic Acceleration For The Benefit Of All Kenyans < Previous
Masinde Muliro University Student Raped, Murdered Next >
Recommended stories you may like: