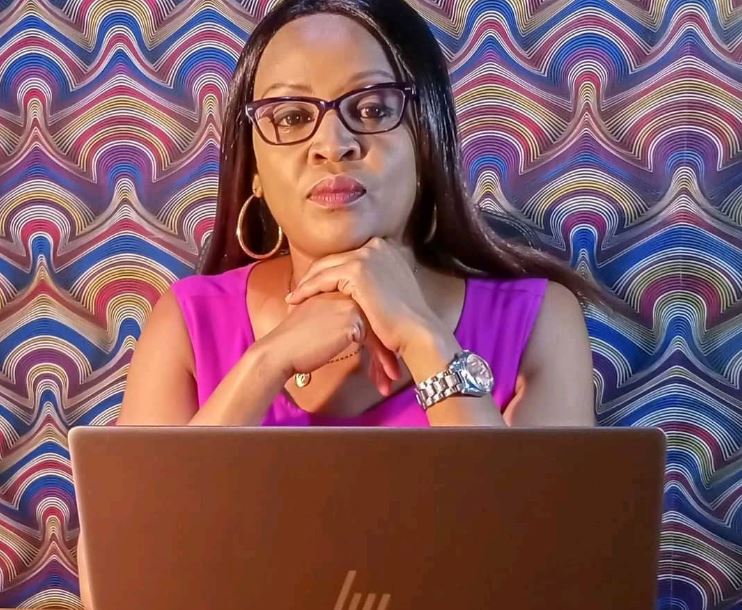 Actress Angel Nyawira Waruinge famously known for her role as Tahidi High’s no-nonsense deputy principal Miss Morgan says she has been raising her daughter on her own after the father absconded his parental duties.

Miss Morgan said her baby daddy said he was not going to take care of a child who was not living in his house.

“I am a single mother na sina bwana physical. Itakuwa aje nikiwa so selfish niache huyu mtoto peke yake? That is not the kind of family set-up I was brought up in,” she said in a recent radio interview.

“Achana na baby daddy. Sitamwongelea vibaya but he is not there and he is not in the picture. I avoid talking ill about him since his blood runs in the blood of my daughter,” said the YouTuber.

When asked if the man is a public person, Miss Morgan said: “No, but he comes from a royal family.”

She added that she tried legal avenues to have the baby daddy take responsibility but her efforts were futile.

“I tried to follow the law but it got to a point where I gave up and said I was not going to force him to be in his daughter’s life. I went to court and he asked for DNA. Can you imagine? Ikakuja 99.9 per cent of him. It’s okay but acha imkule,” she said.

The mother of one mentioned that her daughter Imani is her biggest inspiration and that she is determined to give her the best.

“I have a brother, a dad and so a man figure doesn’t have to be a dad. Those are enough people who can stand with my daughter and I can struggle with my daughter. Ntamfikisha mahali atafika. She is the biggest inspiration after my mum.”

Miss Morgan further disclosed that Imani inspired her to quit alcohol and work on herself when she was battling depression.

“She is the most amazing daughter in the whole world. She is Imani and she is my inspiration. I know I cannot afford to shame this girl coz it’s not fair. I have an amazing family and my mum is very supportive. This has always picked me up,” she said.

Secular Industry has Kept me Alive and Stable, Willy Paul on Quitting Gospel < Previous
Presidential Aspirant Denies Assaulting Woman in Mombasa Next >
Recommended stories you may like: