Kidnap Victim Recounts Ordeal, ” I Wanted to Take my Own Life” 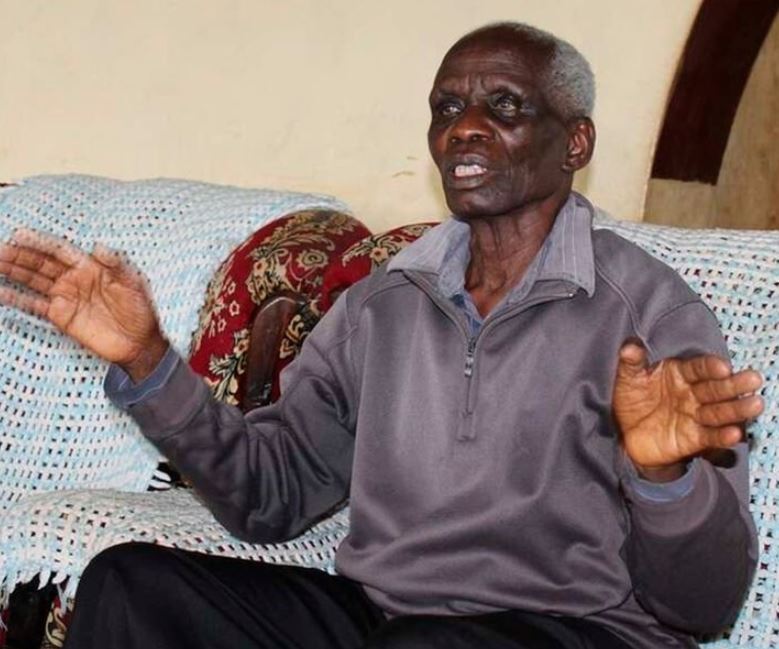 Kennedy Bosire Nyabwari, a 79-year-old man who was last week rescued from his abductors, says he was so scared that he tried to commit suicide.

Recounting the ordeal, Bosire said he left his home in Kitale on Sunday, June 6 at around 5 pm to visit his ailing aunt in Kisii.

His wife, Rhoda, insisted that he travels the next morning but Bosire badly needed to see his aunt.

He then took a motorbike ride to the Maili Saba stage, but his journey to Kisii was cut short as all the vehicles available were ending their trips in Eldoret.

Instead of returning home, Bosire opted to book a guest room in a bid to catch the earliest matatu out of the town to Kisii.

“I had a nice meal and later on requested the attendant to wake me up very early the following morning around 4 am since I had a long journey and wanted to be in Kisii early for the hospital visiting hours,” Bosire told the Nation.

At around 3 am, Bosire was already up; he prepared himself ad left the room. At the gate, he asked a security guard if he could get a motorbike to town and was told to walk towards the road where he could easily find one.

“When I reached the All Saints Cathedral area near Skynest hotel, I saw a motorbike approaching from the other side of the road. I asked him if he was heading to town, to which the rider agreed at Sh50,” he narrated.

Bosire’s ordeal started after the bodaboda rider diverted from the main road towards Kitale town to a different direction towards Kenya Forest Service.

When Bosire asked the rider to get back to the right route, the bodaboda operator said he was dropping the other passengers with him, before heading to town through a short route.

After all the other passengers had alighted, two men emerged just as the motorbike was approaching the Kitale Showground.

The men commanded Bosire to switch off his phone. “As I was being ordered, one of them covered my head with a sack. That is when I realised that my life was in danger,” he recounted.

His abductors then sandwiched him atop the motorbike, one was holding him from behind as the other held the sack covered on his head.

They took off to a house that became his home for a few days. At around 7 pm, the captors gave Bosire his first meal of the day but he refused to eat.

Late in the night, one of the kidnappers placed a knife close to his neck asking him why he had not eaten.

“I was so scared the only words that came from my mouth was please allow me to eat the following day,” he recalled.

The following morning, Bosire attempted to take his own life.

“I was so scared that I wanted to take my own life. I tried to look for a place but the ceiling was too low, it could not tie my shirt and allow me space to hang. But then I heard a sharp knock at the door that forced me to abandon the idea,” he said.

As this was going on, the kidnappers had contacted his wife and demanded Sh2 million for his release.

When Bosire refused to eat, his captors called his wife asking her to compel him to eat.

“I pleaded with him to obey the instructions and not to give up. I know my husband and he listens to me,” Ms Rhoda Bosire said.

Menawhile, Ms Bosire had told the kidnappers to allow her to sell a piece of her land to raise the ransom amount. She also reported the abduction to police, who soon established that Bosire is brother-in-law to Kisii senator Sam Ongeri.

“The victim is brother in law to the senator of Kisii Sam Ongeri and that’s why the kidnappers were asking Sh2 m ransom. We believe they know the family very well and wanted to get easy money,” said County Criminal Investigations Officer Francis Kihara.

A team of detectives from the Special Service Unit and Crime Research and Intelligence Bureau, supported by officers based in Kitale, was mobilised to track down the kidnappers.

Ms Bosire on the other hand was tasked with keeping them engaged, by updating them that the land buyer was being sought.

At some point, when the seven-day deadline ended on Monday night, the kidnappers threatened to take Bosire to Tanzania to “sell him there.”

At around 9 pm, however, detectives raided a home at Maili Saba area on the Eldoret-Kitale highway and rescued Bosire.

Detectives also recovered a phone belonging to the abductors, a blue Honda motorbike registration number KMEU 201 B, used by the suspects to ferry the victim, and a gunny sack used to blindfold him.

The owner of the house, one Jackson Atei Nyaundi, however, managed to escape through his homestead fence. A manhunt is still ongoing. 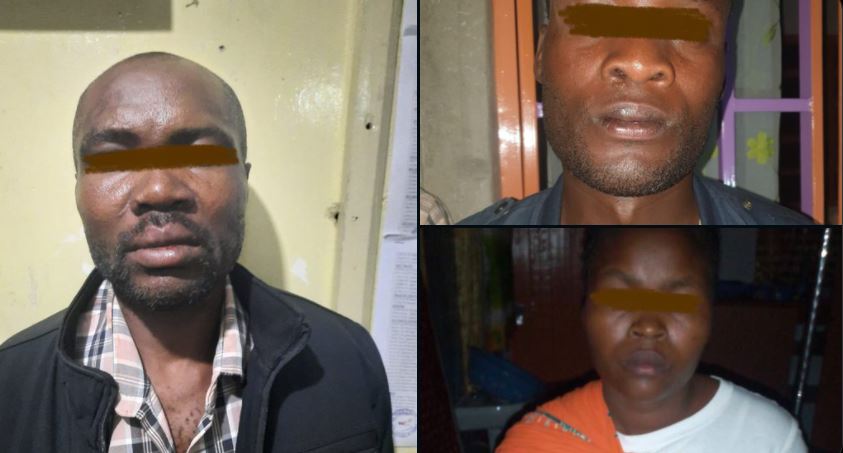 Loading...
Elizabeth Koki Murder: Kenya Seeks Help From Interpol < Previous
King Philippe of Belgium Hosts President Kenyatta At The Royal Palace In Brussels Next >
Recommended stories you may like: