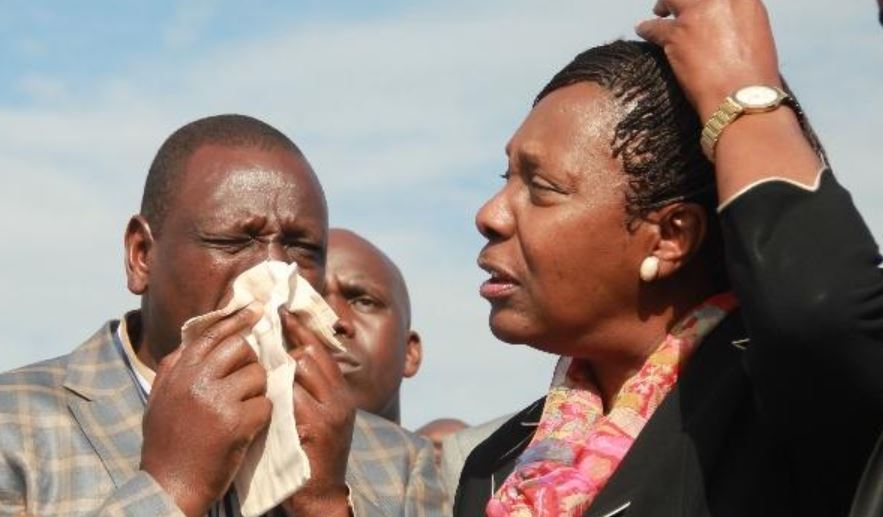 Kitui Governor Charity Ngilu pulled no punches when she spoke about Deputy President William during an interview with Radio Citizen’s ‘Jambo Kenya’ show on Thursday morning.

Ngilu blasted the DP saying he has abandoned President Uhuru Kenyatta and their Jubilee agenda.

The governor claimed DP Ruto has nothing to show in the nine years he has held office. She challenged Ruto to show Kenyans his development record and allow them to judge him from that and not any political sideshows.

The governor also took to Twitter to reiterate her sentiments about DP Ruto.

“DP William Ruto needs to refocus and help President Uhuru Kenyatta deliver the promises they both made together to Kenyans. His engagement in 2022 sideshows with his lieutenants within government only serves to derail government programs.”

Ngilu also spoke about the recent meeting between Uhuru Kenyatta and leaders from the Ukambani region.

The county boss said they did not discuss succession politics. She said it was a courtesy call to bring Uhuru Kenyatta up to speed about their development agenda as a region.

The Trending Memes and Tweets This Furahiday < Previous
Church of Cannabis: The Religious Cult Reportedly Recruiting Bhang Smokers in Central Kenya Next >
Recommended stories you may like: