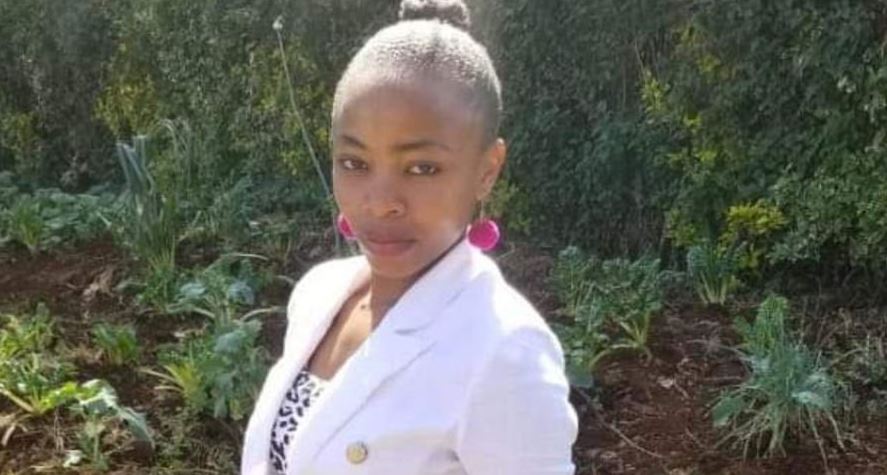 A woman suspected to have killed her boyfriend in Gitaru, Kiambu County has surrendered to police.

Anne Wangare alias Dolly, 23, surrendered at the Central Police Station in Nakuru on Tuesday morning a week after the death of her boyfriend Kelvin Kamami.

She was then handed over to the Directorate of Criminal Investigations (DCI) for questioning.

Relatives of the victim said the man, who operated an electronics repair shop, was stabbed four times on Wednesday last week in a house that he shared with Anne Wangare for almost a year.

“We really don’t know what happened, but Kelvin was slit on the throat and he died,” Mr Kamang’u Kimami, a relative, told Nation.Africa.

A neighbour who spoke to journalists in Gitaru said she had heard a commotion in the house where the two had been living in. When she went to check, she met Anne leaving the house.

“She told me everything was okay and left. Later on, I came to learn that Kelvin had been killed, but Anne was already gone by then,” said Peris Kimani, the neighbour.

Hunt on for Woman who has been Battering Husband for 3 Months < Previous
Kenya’s COVID-19 Positivity Rate Drops Next >
Recommended stories you may like: