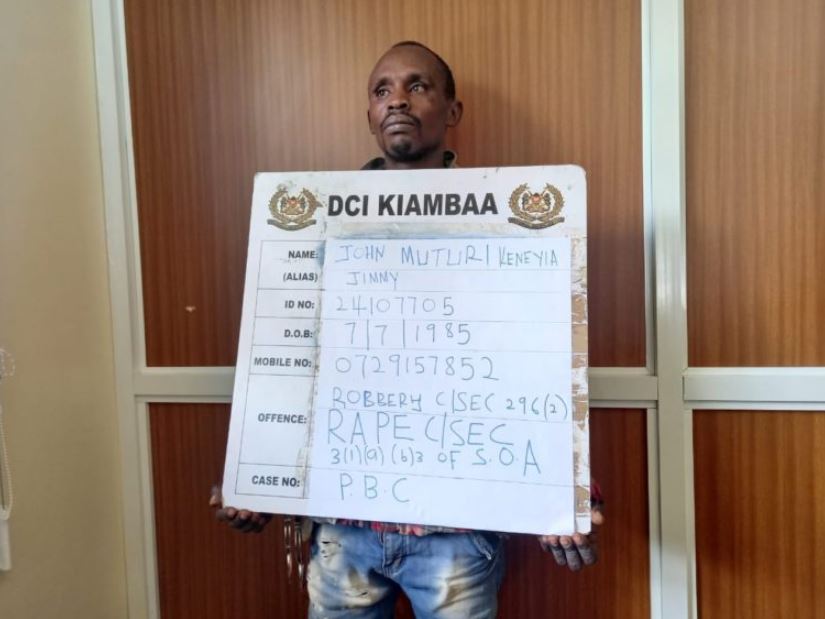 A man with over 100 cases of rape and robbery with violence in Ruaka, Kabete and Kiambu has been arrested and charged.

John Muturi Keneiya, who has been going by the alias Francis Ngugi, was arraigned at the Kiambu Court on Thursday.

According to a police report, the suspect confessed to raping more than 100 women.

“He has agreed before the DCI (Directorate of Criminal Investigations) officers in Karuri that he has robbed, raped more than 100 women, and killed one victim,” the report reads.

One of his victims presented herself to the DCI in Kabete and told investigators that the suspect had impregnated her.

Appearing before Principal Magistrate Patricia Gichohi, Muturi pleaded guilty. He told the court he wants to be “sentenced quickly before other victims present themselves to the police as they can add more weight to his case.”

The accused was remanded at Karuri Police Station awaiting a mental check-up.

Everything Trending in Nairobi This Labour Weekend < Previous
Road Closure Alert: Section of Uhuru Highway Closed for 21 Days Next >
Recommended stories you may like: