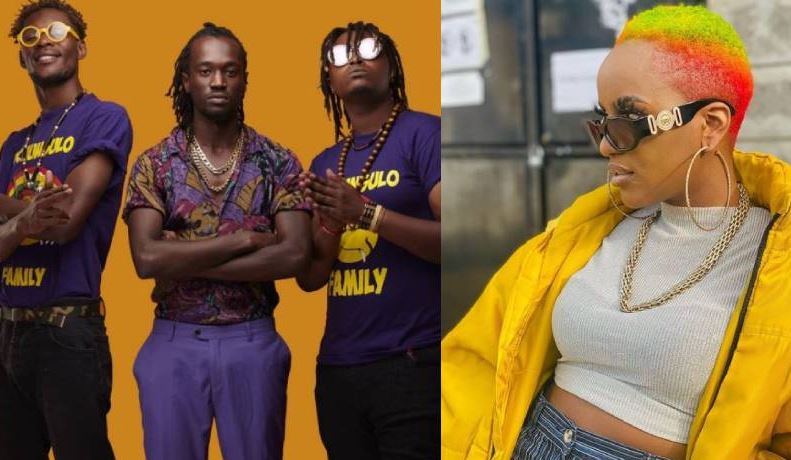 Nairobi-based femcee Femi One is having the last laugh two years after the now-defunct Gengetone group Ochungulo Family expressed their contempt for her music.

At the height of their meteoric rise to fame about two years ago, the group comprised of Nelly the Goon, Dmore, and Benzema said Femi One was not worthy of consideration in the Kenyan rap scene.

Ochungulo Family made their sentiments known in a social media post, which Femi One appears to have screenshotted and kept in the archives for future use.

The Kaka Empire signed femcee shared the post on her socials, giving Ochungulo Family a taste of their own medicine.

“Atleast I lasted longer?!! This jokes really write themselves,” Femi One wrote. 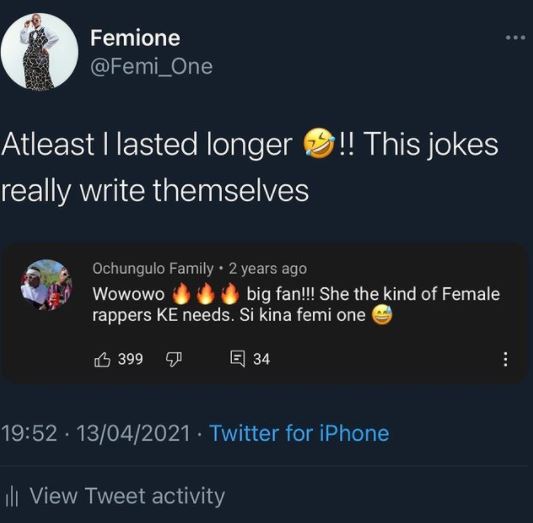 Ochungulo suffered the inevitable split sometime last year, but only confirmed it in February of this year.

The ‘Bora Uhai’ hitmakers said the split was mutual as they each had different goals going forward.

Meanwhile, Monster Energy recently unveiled Femi One as its brand ambassador for East and Central Africa, making her the first African female to bag the position.