Jubilee Barred From Expelling Mwaura, Omanga And 4 Other Party ‘Rebels’ 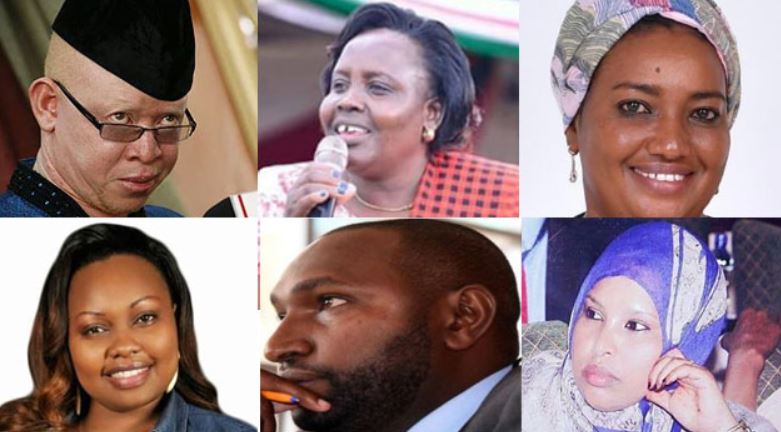 The Political Parties Disputes Tribunal has suspended the decision by the ruling Jubilee Party to expel its six nominated senators.

Following their expulsion on Monday, the senators moved to the tribunal Tuesday, seeking to overturn the Party’s decision.

The tribunal’s chairperson, Desma Nungo, said they suspend the expulsion of the senators to allow the affected members to get a fair hearing.

The Tribunal also barred the Registrar of Political Parties from removing the names of the senators from the membership of Jubilee Party pending hearing and determination of the case.

“Pending hearing and determination of this application inter-parties this tribunal hereby stays any further implementation of Jubilee Party decision dated February 8 to expel the applicants from the party” the order reads.

The cases will be mentioned on February 16 and February 17.

IG Mutyambai Issues Directive Over Laxity On COVID Protocols < Previous
Maria Show Coming To An End? Lulu Hassan Speaks Next >
Recommended stories you may like: