Sonko Back In Court To Block Vetting Of Nairobi Deputy Governor 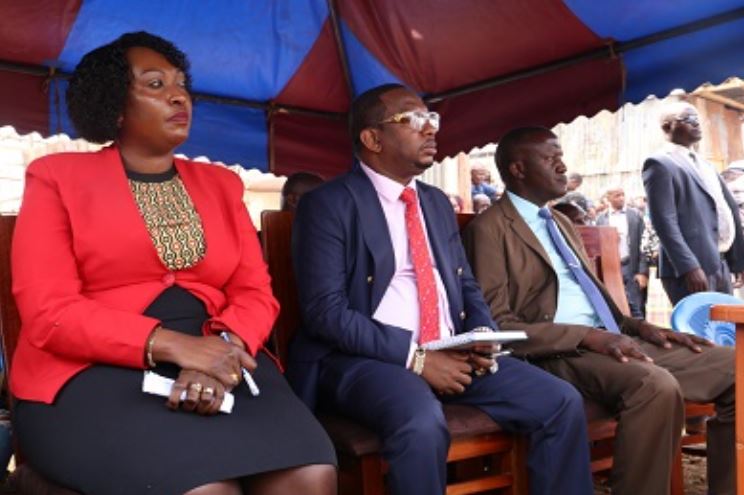 The circus revolving around the coveted leadership of Nairobi county continued this week after Mike Sonko moved to court to stop County Assembly from vetting and approving Anne Mwenda as the deputy governor.

In an application filed under a certificate of urgency, the former Nairobi governor is also challenging Cabinet appointments done by acting Governor Benson Mutura on Wednesday.

Through his lawyer Harrison Kinyanjui, the impeached governor is accusing Mutura of exercising unlimited powers of an elected governor.

According to Sonko, Mutura has no powers to appoint or dismiss any person in the county government. He says the appointments of Brian Weke as legal advisor, Paul Mutungi as chief of staff, Jairus Musumba as acting County Secretary and dismissal of Justus Kathenge are unlawful and in gross violation of the constitution.

“All the cited appointments are unlawful and in express violation of Section 32(4) of the county Governments Act, necessitating an urgent issuance of conservatory orders to protect the public interest, and stem the rogue and unlawful actions of the said Mr Mutura,” he said.

Sonko wants the Nairobi Anti-Corruption court to issue conservatory orders on the two issues raised until the matter is determined.

He wants the court to compel the Nairobi county assembly to stop any vetting of Ms Mwenda arguing that he had revoked her nomination as deputy governor on December 7, 2020.

“Unless restrained, the assembly is now threatening to unlawfully vet and impose Ms Mwenda as Nairobi deputy governor, hence the necessity of the conservatory orders sought,” Sonko said

Omar Lali’s “New Catch” Laughs Off Dating Rumours < Previous
JKIA To Undergo Sh963 Million Renovations For 12 Months Next >
Recommended stories you may like: