Sakaja Hits Out At NMS Over Plan To Decongest Nairobi 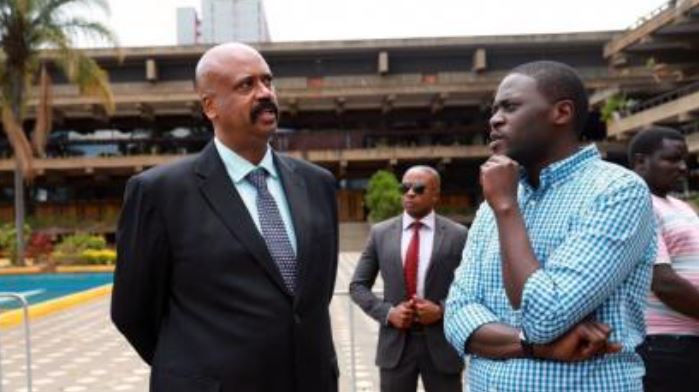 The lawmaker, who previously filed a case against Governor Mike Sonko over the decongestion plan two years ago, has vowed to resist a new attempt by the Nairobi Metropolitan Services (NMS).

According to Sakaja, the move is untimely and elitist towards the common mwananchi.

“As much as we support the plans to decongest the city, you only ban them when you provide an alternative for the passengers.

“Let us avoid being an elitist society that thinks the problem in Nairobi is a poor person, it is not. In fact, if anything private vehicles are causing more congestion in the city than the PSVs,” Sakaja said on Tuesday.

The Nairobi senator further accused NMS Director-General Mohammed Badi of being out of touch with the reality on the ground. Sakaja noted that Badi has constantly failed to engage with the leadership of the County and industry stakeholders on better solutions.

“Let us have a human mind and I have told NMS that they must stop behaving as if they can not work with other leaders,” he said.

Adelle On New Book: It’s Been Hard But Very Therapeutic Writing < Previous
Boda boda Operator Hangs Self After Creditors Confiscate Motorcycle Next >
Recommended stories you may like: