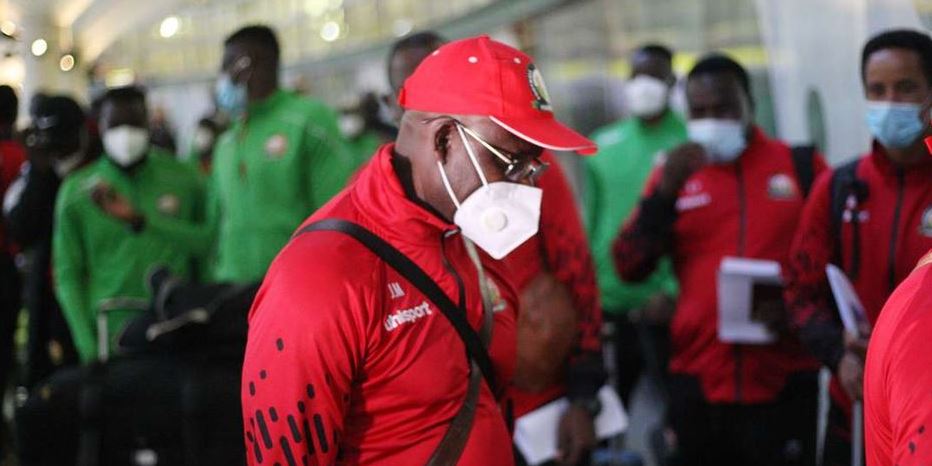 “It is not over until it is over!” Those are the words of defiant Harambee Stars head coach Jacob ‘Ghost’ Mulee who said Kenya’s Africa Cup of Nations dream is still alive.

Mulee and Stars returned home Monday after Sunday’s 2-1 defeat to Comoros that left Kenya on the brink of elimination from the 2021 Africa Cup of Nations qualifiers.

“In football, we say it is not over until it is over. I am confident we can still qualify for Afcon if we win the remaining two matches and take our tally to nine points. We still have a chance that we cannot declare it’s gone before we play the matches,” Mulee said.

“I also love football, and I want the best for our team. I’m however under no pressure because I came in just the other day and I have drawn, losing one. If you look at our record, we have not been winning away for many years, I think in the qualifiers we last won away in 2002. It is something we need to work on,” he added.

Ghost, who was speaking at the Jomo Kenyatta International Airport on Monday, accused Comoros’ Football Association of destabilising his players before their clash on Sunday.

Mulee claimed Comoros officials attempted to exclude six players from Stars line up on the premise that they had contracted Covid-19. The claim was overruled by the Confederation of African Football but the push and pull delayed kick-off by half an hour.

“We expected it. The opponent targeted six of our best players and claimed they had tested positive for Covid-19. But we had certificates confirming our team was safe,” Mulee said.

He was adamant that he won’t resign as he has a target with the Stars beyond the continental showpiece in Cameroon in 2022.

“I don’t plan to resign, maybe if the federation sacks me. I have resigned before, but I think those are remedies of the past. I have a personal target to chase, so I can’t leave the team unless I’m fired,” Mulee said.

The coach also rued the absence of lead striker Michael Olunga whose Japanese side Kashiwa Reysol has been hit with Coronavirus.

“He is a top player who we depend on. You saw we created so many chances in both matches, and we couldn’t convert them into goals. Olunga is the type of a player who will convert even half a chance for you, we missed him,” he lamented.

“Those who watched the match saw what happened, sometimes that’s what football is. The players gave their all but it was not enough. There are two-three issues that need to be checked but that is not within my scope to speak about, the coach will,” said Wanyama.

“We still have a minimal chance of qualifying but it will be difficult. We should not give up since you can’t predict football. Comoros were a good team since they have been together for a long time and that aided them to win.”