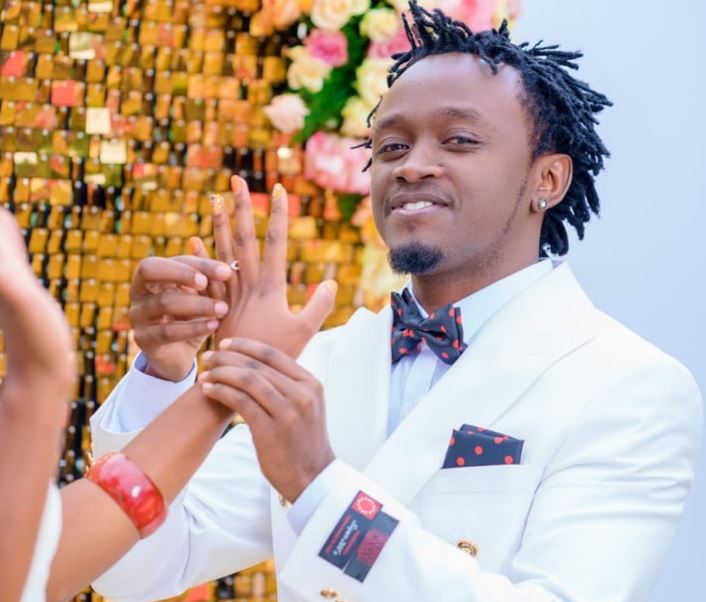 After causing a stir on social media with hints of a wedding and even drawing congratulatory messages from unsuspecting fans, singer Bahati completed his well-calculated publicity stunts with the release of his new project.

Dubbed ‘Najua'(I Know), this romantic duet features Vivian and sees the two Kenyan singers profess love for each other.

The video by X Antonio and Ngatia captures the song’s essence, with Bahati and Vivian playing bride and groom in a colorful garden wedding setting at the luxurious Hemingways hotel in Nairobi.

Speaking about the jam, Vivian said: “Despite everything let’s believe in love. Love flows freely and makes life worth living ❤️..”

On his part, Bahati said ‘Najua’ is a dedication to his wife Diana Marua.

“A DEDICATION TO MY WIFE @DIANA_MARUA ON OUR 5TH ANNIVERSARY ❤ SASA KAMA NILIMNUNULIA GARI NOOOMAAA…. SASA NGOMA ITAKUAJE????” he wrote on his socials.

Mejja Drops Drinking Anthem ‘Lewa’ In Time For The Weekend < Previous
“I Really Want To Get Married,” Jimmy Gait Reveals Qualities Of Ideal Wife Next >
Recommended stories you may like: