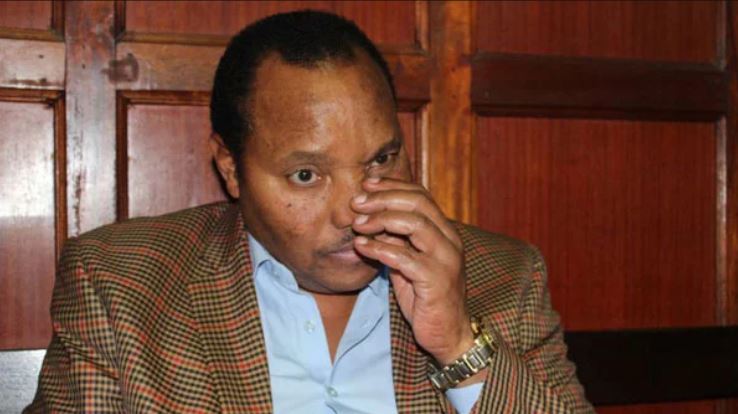 The Ksh588 million corruption case facing Ferdinand Waititu failed to kick off for the third time after the former Kiambu governor pulled off another no-show.

Through his lawyer John Swaka, Waititu on Monday, October 26 said was admitted at a medical facility on October 24 and could not make it for the hearing.

The prosecution however accused ‘Baba Yao’ of using his alleged sickness to derail the hearing of the graft case.

“From the conduct of the accused, it shows that he is not willing to proceed with the hearing. The record speaks for itself. On January 20, an application was made an attempt to impeach the proceedings,” prosecutors said.

According to the prosecutors, medical records produced in court showed the names of the doctors treating Waititu were not authentic.

They argued that if the case is adjourned for another time it will delay the hearing of matter for other accused persons adding that Waititu has made it impossible for the proceedings to kick off.

The DPP team asked the court to allow the case to proceed in the absence of Waititu, who is the first accused person.

“The conduct of the accused person is meant to delay the hearing of this case. He has not indicated whether there will be a review. This court can’t be held in abeyance…we also go to hospital and the doctors indicate when we should go back for reviews,’’ Riungu said.

But Waititu’s lawyer objected to the application to have the case proceed without his client saying he has a right to be present.

John Swaka further told the court that it would be infringing on his client’s rights to privacy if State doctors are allowed to examine Waititu given he has his own private doctors.

“This court has to be independent. My client has not failed to come to court …the constitution says that an accused person has a right to be presumed innocent,” he said.

The court will on Wednesday, October 28, rule whether three independent medical doctors from the Kenya Medical Board will examine Waititu.

Woman Accused Of Beating Son To Death Claims He Fell Off A Tree < Previous
Form Four Student Tests Positive for Covid-19, 12 Isolated In Machakos Next >
Recommended stories you may like: