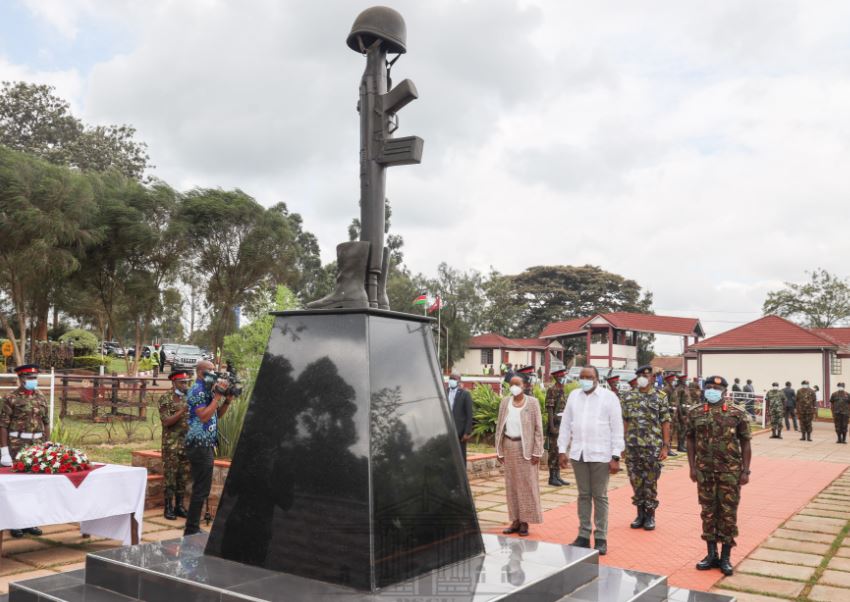 President Uhuru Kenyatta commended the Kenya Defence Force for partnering with other public entities in the delivery of key services.

The President said the military’s contribution to national progress through the multi-agency arrangement had demonstrated KDF’s commitment and loyalty to the nation.

The Head of State spoke Wednesday at Lang’ata Barracks in Nairobi County where joined KDF soldiers and families in launching the construction of the Ulinzi Sports Complex and the inauguration of the Defence Forces Wellness Centre.

When complete, Ulinzi Sports Complex will host a modern football pitch and training ground, an indoor arena, basketball and tennis courts, and an Olympic-size swimming pool on 35 acres of land inside Lang’ata Barracks.

The Head of State applauded the KDF for its commitment to the ideals of its mission and higher standard in public service, saying the two new projects undertaken by the military exemplify the forces transformative orientation.

“Your sense of purpose, the time, energy and focus invested in conceptualizing these projects, is evidence that the KDF is a unique institution, committed to the ideals of its mission and higher standards in public service,” the President said.

He said the stadium and hospital will go a long way in enabling KDF to achieve the operational readiness it requires to execute mandate of safeguarding the nation against external aggression.

He said the health innovations being piloted by the military will be integrated into the national health system as the country gears up for the national roll-out of UHC.

At the event attended by Cabinet Secretaries Monica Juma (Defence), Raychelle Omamo (Foreign Affairs) and the top military leadership led by Chief of Defence Forces General Robert Kibochi, the President said the wellness centre has been constructed at the appropriate time given KDF’s involvement in Somalia and as the country battles Covid-19.

“The Centre is, indeed, a pioneer in providing a one-stop facility for healthcare services, unique to the military fraternity, in particular; and security personnel in general. Therefore, it will become a key enabler of welfare to the KDF community and other security agencies involved in active duty,” the President said.

The Head of State said the wellness centre and the sports complex will not only address the health needs of the soldiers but will also enhance the country’s national sports and healthcare infrastructure.

“The Sports Complex, therefore, aligns well with my Government’s priorities of a seamless healthcare system and the promotion of sporting activities,” the President said.

Chief of Defence Forces said the two projects will mark a significant milestone in fulfilling the KDF’s aspiration of providing holistic healthcare to its soldiers and families.

General Kibochi said the wellness centre was born out of lessons learnt from the war in Somalia and will go a long way in meeting the current health needs of KDF.

Scroll below for some photos. 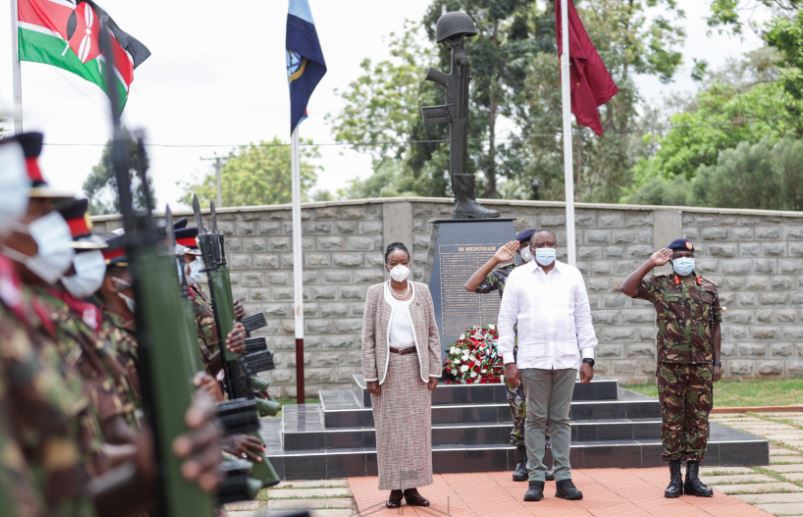 Prev1 of 18Next
Use your ← → (arrow) keys to browse
Usalama Barabarani: Road Safety Campaign Launched To Curb Road Carnage < Previous
The Top Stories on the Internet Today (Friday October 30) Next >
Recommended stories you may like: