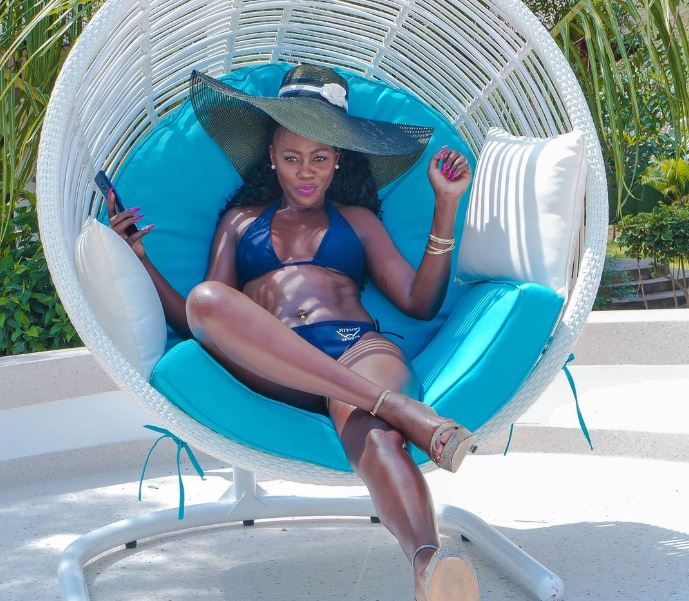 The self-proclaimed president of single mothers, Akothee, has dished out her trademark nuggets of wisdom on matters of family and warring parents.

In a long post on social media, the celebrity musician advised single mothers with unsupportive baby daddies to move to court instead of running after a partner who is not interested in the life of the children.

“As a mother, the only moment you will have PEACE of mind is when you ARE dead and gone ?. However, if spirits are alive, you will never have peace if any of your child is not settled or at peace ?? it doesn’t matter if she is married, old or young, the pain is the same. I hereby ask and urge single mothers to hold onto the happiness their babies bring forth, you are totally alone in the journey of pregnancy and it’s a bonus or a privilege if you have a supportive partner, which in most cases is not a guarantee from time immemorial and most of the past experiences ??” said Akothee.

The single mother of five added: “We don’t wish to be single parents or bring up children in broken relationships ? but some circumstances forced or might force us to do so for the better growth & future of the kids. However, the bottom line is, the energy you use in running after a partner who is not interested in the life of the children? is much more than the one you would use to collect yourself ?. It’s hard I know, but this is a grown up with all his senses, he will do what he knows best, either humiliate you more or cause more damage to your heart ?, its up TO you to choose.”

According to Akothee, denying a parent access to the children does more harm than good and it’s better to settle custody battles in court.

“Blocking him from seeing his child hurts YOU more, just drag the idiot to a children’s court so the court will give him the dos and don’ts if he/she is dramatic. This applies to both mothers and fathers. This case will be closed once and for all. Some partners are malicious, they will use children as bait to cause the other partner pain, especially when they see you happy ?️ Some won’t allow you move on with a new relationship, and you wonder if it’s you they want / your life or the child ???? this triangle is the most sensitive thing that only prayers can intervene. It’s worse than labour pain, with no results .and if not taken care of carefully? might end some into depression or deaths. Be careful with FAMILY ??” madam boss concluded.

Akothee’s remarks come in the wake of a highly publicised spat between former lovers Maureen Waititu and Frankie JustgymIt, who have been trading jabs online after the fitness coach decried lack of access to his son.

Siaya Cop Shoots Self In The Neck < Previous
Churchill Tells Comedians, Creatives, “Your Fans Are Not Your Family” Next >
Recommended stories you may like: