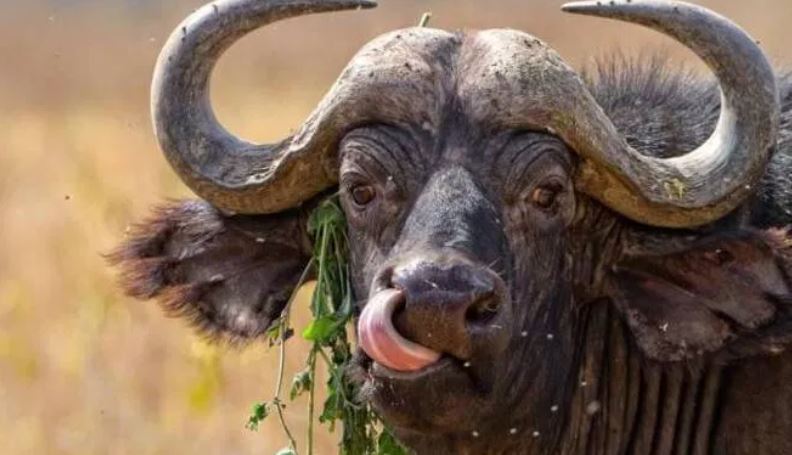 A buffalo attacked and killed a woman who was taking her baby to a clinic in West Pokot on Saturday afternoon.

“The body was moved to Kapenguria County Hospital mortuary. The baby was taken to hospital for treatment. The Buffalo was traced later by KWS officers and killed,” he said.

One of the locals, Moses Lotukon, said a passer-by found the unharmed baby girl in a bush next to the lifeless body of her mother. The stray buffalo was also spotted a few metres away.

“It killed the woman but the child is safe. The woman was taking her baby to the clinic when she met the buffalo on the way,” Moses said.

“The woman was taking her baby girl to the hospital while the other twin baby boy had been left at home. Her eyes were gouged out and it broke her legs and hands.  Fortunately, the baby girl was not hurt,” he added. 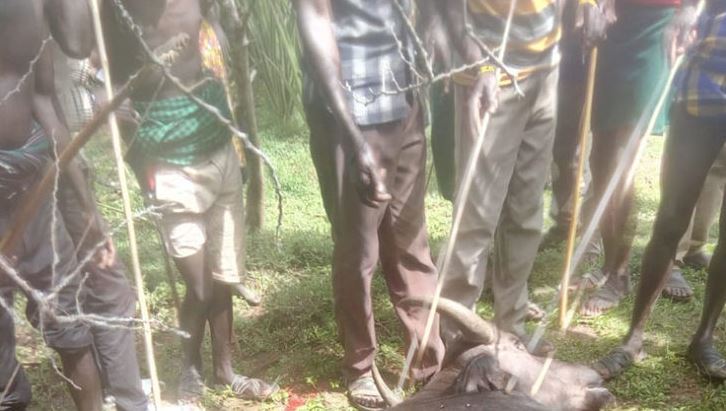 According to the KWS warden,  the stray buffalo migrated from Uganda to Chepasacha Village in West Pokot County where it destroyed maize plantation. He said it migrated due to cold weather in Uganda and urged locals to be alert and report any sighting of wild animals to the authorities.

After the animal was gunned down, locals skinned the buffalo and shared the meat ignoring a warning from KWS against eating wild meat.

“We scrambled for the meat. Previously the buffalo had been spotted chasing kids who were herding cows. We are happy the KWS officers responded immediately and killed the buffalo. We can now sleep without worries,” said Moses Lotukon.

Actress’s Story Of Domestic Violence: “My Ex-Husband Tried To Gouge My Eyes Out With His Bare Hands” < Previous
Machakos Governor Alfred Mutua Officially Launches Presidential Bid Next >
Recommended stories you may like: