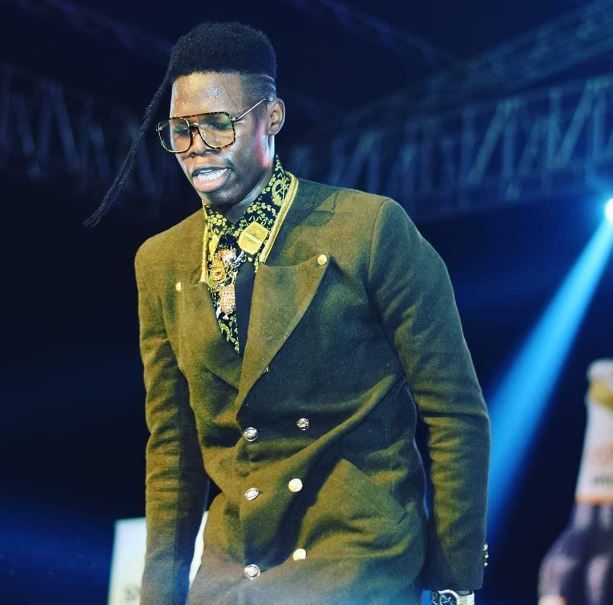 ‘Bank Otuch’ hitmaker Vicmass Luodollar has voiced his opinion on the contentious Gengetone music genre saying it should be accorded some respect.

According to Vicmass, before Gengetone pioneers – Ethic – introduced the genre, Nigerian music was dominating the local airwaves to the detriment of Kenyan music acts.

Admitting that he does not particularly like Gengetone music, Vicmass said he is happy it has brought about a change in the industry.

“I’m not a fan of Gengetone music but the genre should be respected as it saved Kenyan music. Before Gengetone, Nigerian music dominated the airwaves and you wouldn’t even notice when Kenyan artists released their music. Even though I can’t sit down and listen to Gengetone, I am happy about the change the music brought to the industry- give them the respect they deserve,” said Vicmass.

The ‘Simbe Adek’ also opened up about how COVID-19 has affected his music business.

“I believe the pandemic has affected everyone, myself included. For instance, I was to travel to London in July for Kenya and Friends in the Park London concert but it was cancelled,” he told Standard.

The rapper was also scheduled to travel back to London on July 22 after winning an award at the African Music & Fashion Festival (AMFF) for his contribution to the arts in Africa.

However, Vicmass continues to earn money through other avenues. “It’s easy for me to sell merchandise because of my popularity. The lockdown, which saw the closure of bars and clubs also led to an increase in streaming as people seek to access their favourite music from the comfort of their homes. I’m always recording music hence, sina stress ya ku release new music as my next project will prove.”

Meanwhile, the Luo rap star has dropped a new Luo-rap single titled Why Not in which he switches between Dholuo and English. He says ‘Why Not’ advocates for staying true to oneself.

“I was just having fun recording the song which pushes for not seeking approval from anyone; even if you have Sh10, be proud of who you are. I don’t want to be like anyone else and I’m not trying to fit in; my sound is unique.”

Give ‘Why Not’ a listen below.